The Mirror is in possession of the petition dated December 5, 2020 and addressed to Jorum Gumbo who is heading the electoral commission in Masvingo.

The petition alleges that most polling officers in Zaka East and West are part of Chiduwa’s campaign team. The petition also challenges the counting of votes in the absence of polling agents.

Efforts to get a comment from Gumbo were futile.

The petition comes on the backdrop of Chiduwa winning the hotly contested DCC elections with 3 582 votes.

“Elections in the two constituencies at some (most) polling stations, were conducted by polling officials that used to campaign for with the Hon. Chiduwa and Murambiwa/ Magaisa’s team that happens to be the ‘approved list’ from Vakuru. The polling officials are from Zaka East and West constituencies and not Chiredzi as had been the natural arrangement announced at the command centre.

After voting ballots were not counted in the presence of agents so that they could record the results. It means, no agent has a record of the results at most centres,” reads part of the petition. 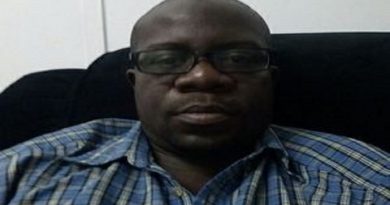 58% of paternity tests leave Masvingo men in the cold

Zaka man murdered at 2am in bar over phone