MASVINGO – ZRP Zimuto Primary continues to shine, attaining a 100% passrate for all the 47 candidates who sat for the 2021 Zimsec Grade 7 results.

36 of those pupils got between 6 and 10 units, The Mirror has confirmed. One pupil got 6 units and the lowest student got 19 units.

A snap survey by The Mirror showed that Victoria Junior Primary also had incredible results with its pass rate jumping from 95,83% in 2020 to 98.82%. Three candidates had 6 units each and the school had 45 pupils who had between 6 and 10 units and this is quite remarkable for all schools’ results.

The total number of candidates at Victoria Junior was 170, making it one of the biggest primary schools in Masvingo Province.

Gokomere Central Primary School saw a marginal rise of 0.6% in its passrate from 97.4% in 2020 to 98%. The school which in one year had 44 pupils with straight distinctions did not have one pupil matching that.

The school however had 14 out of its 150 candidates getting 7 units.

Francis Aphiri, another huge primary school in the Province probably had the highest jump in its results for any school. The school’s passrate went up by 9% pass from 85.5% in 2020 to 94% in 2021. The school had a phenomenal 270 candidates. One managed to get 6 straight units while 37 had between 6 and 10 units.

Francis Aphiri has an enrolment of over 2 400 pupils mostly from Runyararo West and Victoria Ranch which has over 12 000 households.

Don Bosco, another Roman Catholic-run school saw a marginal rise in its results from 87,4% in 2020 to 85% this year. The two best students at the school notched 7 units each and 189 pupils wrote the exams. 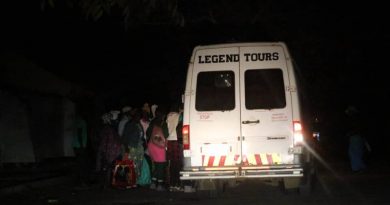