Zimbabwe’s economy continues to grow despite illegal sanctions imposed on the country by the West and the nation is now being rallied to support President Mnangagwa’s vision of stabilising the local currency.

The call was made by the Zanu PF national Secretary for Information and Publicity, Ambassador Chris Mutsvangwa during Mashonaland West’s Provincial Coordinating Committee (PCC) meeting in Chinhoyi yesterday.

Cde Mutsvangwa said the Second Republic had created a conducive environment for business to thrive, even in the face of debilitating sanctions.

“Our economy is rising despite illegally imposed sanctions and some nations without sanctions are trailing behind us because of the works being done by the Second Republic,” said Cde Mutsvangwa.

“The wanton price hikes are uncalled for and are being peddled by our economic saboteurs and President Mnangagwa’s political rivals.

“Regardless of the acts of destabilising the economy and our local currency, President Mnangagwa remains on top of the situation. We will have a stable currency because that is the last fight for our independence.”

Cde Mutsvangwa said the West does not want Harare to have a stable local currency, but wants to impose a base currency.

Zimbabwe’s economy, he said, was on the rebound as a result of citizens’ participation and the coming in of investors under the “Zimbabwe is open for business” mantra.

The country is now poised to be one of the best steel producing nations in the world, with a preliminary target of at least one million tonnes of steel at Manhize Steel Plant in Chirumanzu.

Another biggest copper circuit producing company in the world, Grand Sanyuan Copper Resources, has invested at least US$6 million to revive the Alaska Copper Smelting plant in Chinhoyi.

“Let’s work for the party and President Mnangagwa’s 2023 harmonised election resounding victory. We should also encourage our members and communities to embrace the current identification documents and voter registration exercises,” she said. 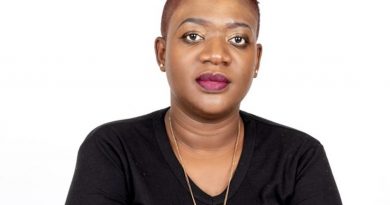 New book on children living in the streets