Opposition activists in Bulawayo yesterday attacked and injured members of Zanu PF elections campaign team who were going about their business peacefully.

The ruling party yesterday condemned the unprovoked attacks in Njube saying political parties should desist from any form violence ahead of the by-elections set for March 26 this year.

President Mnangagwa has appealed for peaceful by-election campaigning by all political parties.

Some of the injured Zanu PF members were ferried to hospital.

Party spokesperson Ambassador Christopher Mutsvangwa confirmed the development at a special media briefing at the party headquarters in Harare yesterday.

Cde Mutsvangwa said although there was a fruitful by-election campaign rally in Epworth, Harare on Saturday, they were saddened by incidents of violence in Matabeleland.

“We are appealing to the responsible political parties to desist from violence,” said Cde Mutsvangwa who was flanked by the party’s national Political Commissar Cde Mike Bimha and director of information and Publicity Cde Tafadzwa Mugwadi.

Cde Bimha said he received reports on incidents of violence in Njube, Bulawayo.

He said those who were attacked were ferried to hospital for treatment and the incident had been reported to police.

“It is surprising that after holding a successful rally in Epworth here in Harare, this morning (yesterday) we had our members attacked in Njube, Bulawayo.

“This morning (yesterday) we had campaign teams who were going around doing their business and we have had been informed that they were they attacked by members of the opposition.

“They were attacked by people throwing stones and others using catapults. We have several cases of injuries as a result of that,” said Cde Bimha.

National police spokesperson Assistant Commissioner Paul Nyathi last night said he was yet to get a briefing on the incident.

Cde Bimha added: “I was in touch with one of our officials in Bulawayo and they tell me that they were on their way to the hospital so that they can give us an accurate report on how many people have been injured and the severity of those injuries.

“It is disheartening that when you have been people who are going about their business peacefully, they are disrupted by violent mobs. We are still to wait to get the accurate figures,” said Cde Bimha.

Opposition political parties such as Citizens Coalition for Change (CCC) which is led by Mr Nelson Chamisa have a history of provoking Zanu PF supporters as they seek international attention.

President Mnangagwa, has repeatedly warned Zimbabweans against engaging in violence.

Cde Mutsvangwa said: “We had a successful launch of our campaign rally in Epworth on Saturday which was well attended. More importantly was the discipline that was displayed by those who attended.

“There was no report of any incident of violence at the rally or even after the rally. That is what we want to see. Zanu PF doesn’t condone any violence of any sort,” said Cde Mutsvangwa.

The Second Republic was implementing policies that resonated with the masses while the opposition was been running down urban areas.

The upcoming by-elections presented an ideal opportunity for the electorate to choose Zanu PF candidates as the party had their interests at heart.

“We want to thank our President for a clear message about the direction which Zimbabwe is taking,” said Cde Mutsvangwa.

He said that most local authorities, which were being run by the opposition were suffering from poor service delivery characterised by heaps of uncollected garbage, supply of dirty water to residents and failure to maintain roads.

“There are a lot of gaps and as the leadership we must implore our deployees to ensure that those things are covered,” said Mr Hwende at the weekend. Herald.https://masvingomirror.com 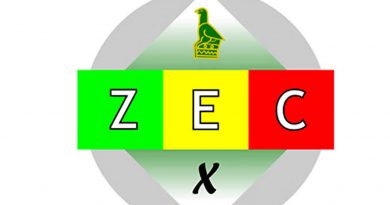