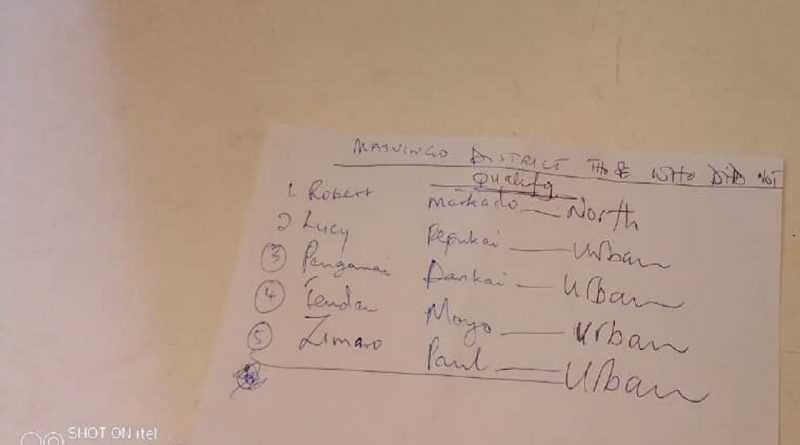 MASVINGO – Zanu PF has disqualified 37 aspiring candidates from its District Co-ordinating Committee (DCC) elections in Masvingo, according to figures seen by The Mirror.

No names or reasons were given for the disqualifications. The disqualified number is almost 10% of the 411 who applied to contest in the elections whose date is yet to be announced.

Masvingo provincial political commissar Jevas Masosota confirmed the development. Chivi Distict is the only one that has no disqualifications.

“Masvingo District saw five being disqualified, Chiredzi 12, Mwenezi two, Gutu five, Zaka four, Masvingo five and Bikita. The names of those who were disqualified will be availed soon,” said Masosota.

The Mirror gathered that those who were disqualified would be informed through their cellphones in what appears like an informal way of doing business.

“Do not call a meeting just inform them through the phone and those with grievances should go to Harare to the department of security where they will be informed of the reasons for their disqualifications,” a senior party official was heard talking on the phone.

The Mirror managed to get the list of those who were disqualified form Masvingo District and these are Joseph Maikado form Masvingo North, Lucy Pepukai, Panganai Dankai, Tendai Moyo and Paul Zimaro all from Masvingo Urban Constituency.

A total of 411 candidates had submitted their names for the DCC elections from the whole province in September for vetting in Harare. https://masvingomirror.com

Chipinge councillor to appear at High Court over fraud