Zanu PF has blasted attempts by some private publications that have roped in known Government-critic and Norton legislator Mr Temba Mliswa to undermine the name of President Mnangagwa.

This follows an article carried in yesterday’s issue of Newsday that misquoted Zanu PF spokesperson Ambassador Christopher Mutsvangwa and sought to drag President Mnangagwa’s name into the mud.

In a statement, Cde Mutsvangwa described the article as fictitious.

“Temba Mliswa and Newsday are cobbling together a fictitious reportage in Newsday that is nothing, but a gross debasement of journalistic ethics,” he said. “Two unrelated occasions are mischievously linked simply to cast slurs on our esteemed Head of State.

“Furthermore, they egregiously drag in the name of President Mnangagwa into groundless accusations of corruption about the abuse of national foreign currency”.

Ambassador Mutsvangwa said he, in fact, highlighted that in a short three years, the Government had created attractive conditions for the private sector to boom.

“Budgeoning exports have since rewarded the nation with the doubling of exports by the private sector,” he said. “The bad patch arises from bad apples who are gaming the system thorough downward arbitrage.

“This is hitting the Zimdollar and triggering inflation. In turn, the consumer loses buying power spawning great hardships.”

Ambassador Mutsvangwa said the derivative market of the Zimbabwe Stock Exchange was the main culprit sponging forex hard earnings out of the Reserve Bank of Zimbabwe’s weekly auction.

“Clearly, the Newsday article pushes the viewpoints of proven enemies of the President, one of whom receives gratuitous mention,” he said. “It wallows is in the realm of crass journalistic ethics.”

Over the years, Newsday has earned itself the unflattering tag of contriving falsehoods against both the President and the First Family. Herald.

Motorist loses teeth after being attacked by cops 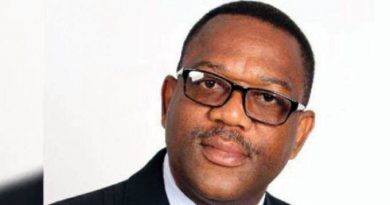