A SENATOR and economic analysts have dismissed government’s new gold coins as elitist and told Finance minister Mthuli Ncube to sort out the country’s financial mess.

This is after Reserve Bank of Zimbabwe governor John Mangudya on Monday announced that the newly introduced gold coins would solve the country’s runway inflation and act as a store of value.

The gold coins will be available for sale from July 25 in local and foreign currency at a price based on the prevailing international price of gold and the cost of production.

But economists feel that the gold coins will only benefit the rich who are able to purchase them because ordinary workers and the majority of Zimbabweans have no capacity at a time when they are struggling to put food on their tables.

The gold coins will cost US$1 801,70 per ounce and with the US dollar trading at $375 at the government auction floor, it would mean that one would need to fork out more or less $676 000 to purchase one or $1,4 million at the parallel market rate.

“The big elephant in the room is the disparity in the exchange rates. As long as there are massive disparities, it will create room for arbitrage and these gold coins will be a dismal failure like the auction system,” economist Gift Mugano said.

“The global price of gold per ounce is above a thousand dollars. Now, who has money in the Zimbabwean economy to purchase them when 70% of people in the rural areas are in abject poverty, according to ZimStat [Zimbabwe National Statistical Agency]? Gold is for investment only if you have surplus. The whole population has been taken out of the equation. This is a product for the rich and the corrupt.”

Academic, Tony Hawkins said: “It is just another in the catalogue of policy failures by Ncube and Mangudya. They claim to be encouraging people and firms to use local currency, but the issue is, buying gold coins in local currency is not sustainable,” he said.

“RBZ says the weight of the gold coin would be one troy ounce and they would be priced at the international price of gold.”

Hawkins said the plan was elitist, and will certainly exclude 80% of the country’s workers, whose earnings are way below the poverty datum line.

Economist Vince Musewe said: “Our economic crisis requires more than gold coins. Inflation is the enemy and it’s largely fuelled by speculators who exploit market gaps. The idea is to get people to use local currency to buy gold coins, and thus put brakes on inflation. But as you know, theory and practice is very different in Zimbabwe.”

Another economist Prosper Chitambara said the concept of gold coins might work since it has been introduced in several countries.

“They are not meant to directly deal with inflation, but they are just meant to ease pressure on the demand for the US dollar as a store of value,” he said.

In Parliament on Tuesday, senators blasted Ncube for fuelling the currency crisis instead of coming up with measures to ease problems faced by nationals.

Harare Metropolitan senator Elias Mudzuri said the gold coins would add onto the other several payment modes already in place and bring more woes for Zimbabweans.

“Gold coins might look brilliant when we do not have so many currencies, but we have a multi-currency system with the US$ as the base, the RTGS, rand, pula and we will also use the gold coins. Do you not think that if we had an economy that works, we would be able to use one currency? Ncube must sit down with Mangudya to ensure we end up with a currency trusted by the community,” Mudzuri said.

“You get a gold coin then you get a certificate. You move around with that certificate as money. You do not move with a coin like you do with your 25 cents; you move with a certificate with the number of your coins and the money is reserved in the bank. How do you expect someone out there to understand that this is their currency? Let us not be complicated, let us be simplistic and ensure that a currency is used as a method of transaction rather than a method of cheating our own elders and those who might not understand the academic meaning of certain terms.

“Experts should properly advise President Emmerson Mnangagwa and Parliament to ensure that people out there survive and live a reasonable life.”NewsDay 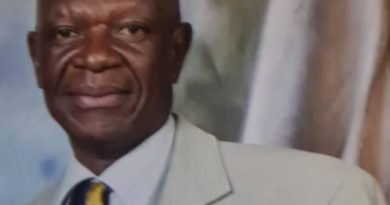