Labour disputes have emerged from custom and practice in many organizations as employers would attempt to stop a culture which would have prevailed for a long period. Such prolonged way of doing things builds legitimate expectation which can not be altered later in an employment relationship. Custom and practice becomes a right when it prevails for a long time and is continuously observed without interruptions in an organization though not specifically agreed between the parties.

Custom and practice has been recognized as a source of law long back in the history of mankind. In the case of Van Breda and Others v Jacobs and Others, 1921 AD 330, it was confirmed that it was a local custom amongst fishermen that once on a free beach, fishermen have set their lines for the purpose of fishing, no other fishermen were entitled to set a line in front of theirs within a reasonable distance there from. The court held, that it was a valid custom and ordered plaintiffs to recover from defendants the value of a catch of fish intercepted by defendants in breach thereof.

A custom and practice refers to any unofficial way of doing things or culture that has become the ‘norm’ in an organization. Such culture is implied and does not fall under a contract of employment but becomes binding in nature. According to Keeton (1999), custom and practice may be defined as those rules of human action established by usage and regarded as legally binding by those to whom the rules are applicable, which are adaptable by the courts and they are generally followed by the society as a whole, or by some part of it. In other words a custom becomes a binding rule with time by nature of habitual recurrence. For custom and practice to become binding certain principles must be adhered to.

(a) It must be long established,

The custom and practice must have a long uninterrupted history. The custom and practice needs to have been immemorial and continuously applied on every occasion that it has arisen. If the custom and practice has not been practiced for a reasonable time it is likely to fail in a court of law. For example payment of bonuses in the public service has got a long standing history and has become a norm that employees expect to be paid every year and any attempt to break the norm will face resistance as employees now view it as their right.  Some employers in agriculture industry have a custom and practice of giving their employees food provisions like mealie mealie, matemba, cooking oil and beans and this has become a right though not incorporated in SI 116 of 2014, CBA Agriculture.

(b) It must be reasonable,

For a custom to be reasonable, it must be sensible, justifiable, realistic, fair and practical to an extent that it is acceptable by the majority for it to be considered legally binding. It would be regarded as unreasonable if it is contrary to principles of justice, fairness and equality. For example, the provision of food to farm employees is so reasonable to an extent that majority of employers in the agriculture industry have accepted and adopted the practice willy-nilly. It must be in conformity with basic morality, the prevailing principles of justice, and public policy. For it to be a valid custom it must be reasonable in its origin or practice. It needs to be applicable to modern times, useful and suitable of being legislated as law.

(c) It must have been uniformly observed,

The other test is that it must have been uniformly observed without any interruption for a reasonable time. For example provision of food hampers to employees in the agriculture sector has been observed at many farms for a long time. The general assumption is that if a custom has not been in existence continuously and uninterruptedly for a reasonable time, it is likely to be regarded as if it has never existed at all. It has to be in existence and considered relevant by the general public without any doubt for an acceptable period of time. The people following it must consider it as a binding rule of law in the long run.

Certainty is an indispensable requirement of a valid custom. Custom and practice must not be irregular and uncertain. It must be certain and not vague so that people can understand its origin and phenomenon. A custom which is ambiguous or uncertain cannot be recognized. It must be more of a rule of evidence than a mere haphazard practice. For example payment of bonus for civil servants has become a custom that every year it is paid without fail. Erratic and inconsistent payment of bonus will not render it a custom. Its recurrence must be obvious to an extent that any reasonable person can confirm its existence.

(e) It must have peaceable enjoyment

It must have been enjoyed peaceably without any interruption by the other party. If it has been in dispute for some time internally or externally, it will be assumed that it did originate by consent as most of the custom naturally did. Therefore, for the custom to be binding; it is necessary to prove that the custom has been enjoyed without any disturbance or contest. For example, provision of hampers for farm employees must not be challenged by the employer but must be an uninterrupted practice. A custom is based on consent or habit, and unless there was an undisturbed existence of the custom, we cannot say that it was based on the general consent of the people.

(f) It must be morally acceptable

The other test of a valid custom is that it must not be immoral. It must not be contra bores mores. A custom must not be opposed to the general public policy, principles of natural justice and equity or good conscience. In Zimbabwe employment of children under the age of 18 year is immoral and considered as child labour. Operating brothel as business were ladies are employed as sex workers is regarded as immoral. Paying employees’ wages below the stipulated NEC rates is immoral and may not be accepted as good custom. A custom must not go against public policy and law of the land. If the law makes it forbidden, it will not be considered a valid custom.

It is therefore critical for organizations to ensure that they have clear written policies which govern and clarify all the benefits which are enjoyed by the employees to avoid creation of unnecessary rights which may emanate from custom and practice. This would help the organization to save time and resources in defending litigation which may arise from breach of custom and practice.

Opinions expressed herein are solely those of the author and must not be taken as legal advice. Simbarashe Gobvu is an experienced La­bour Practitioner and an Independent Arbitrator who write in his own capac­ity. He can be contact­ed at [email protected]/ Phone 0773215904 or 0713008767 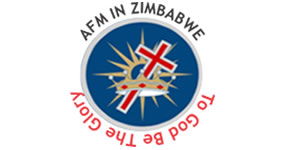