Zaka – Some 50 villagers from Dzevhu Village under Chief Nyakunhuwa in Zaka are fuming after their village head Christopher Dzevhu took them to a witch hunter to find out who among them caused the illness of Dzevhu’s wife.

The incident happened last Monday and all villagers converged at the shrine of a local self-styled prophet Taguta Jairai at the risk of contracting Corona Virus.

The chief’s wife was allegedly in a trance after she was attacked by goblins.

Villagers who spoke to The Mirror on condition of anonymity said that the ceremony which was conducted by the prophet who is also a relative of the village head was a guise to humiliate certain villagers.

Dzevhu’s nephew also called Christopher Dzevhu confirmed the ceremony and insisted that villagers came for the rituals without being coerced. He said that the prophet named the witches and the sick woman got well soon afterwards.

Acting Chief Nyakunhuwa, Courage Marasha said he was not aware of the incident but promised to punish Dzevhu if investigations proved that the incident happened.

Marasha said it was unlawful to force people to a witch hunt and he complained that the gathering could see some people contracting Covid-19.

“I know the village head in question but I am not aware of the incident. Gathering people in this pandemic endangers people`s lives. Taking a whole village to a prophet is totally unacceptable,” said Chief Nyakunhuwa.

“We are not happy with what Dzevhu did to us. Instead of going to hospital, the village head forced everyone in the village to go to Jairai`s place claiming that his first wife Juliet Chitekero was bewitched. Illnesses should be attended to at hospital. What if she is infected with the coronavirus?” asked one villager.

“No-one was forced; the ceremony was agreed upon by all villagers at a meeting. The village head’s wife was attacked by goblins and all she needed was a prophet or a traditional healer. Culprits were named by the prophet and my mother recovered.

“We observed social distance and there was no risk of contracting coronavirus. Only one villager refused to attend the ceremony” said Dzevhu the nephew.

Jairai who is head of Chiedza Apostolic Church also confirmed the ceremony.

“The woman was in a trance after she was attacked by goblins sent by some villagers. The village head’s family actually wanted to assault the culprits but I advised them against it,” said Jairai. 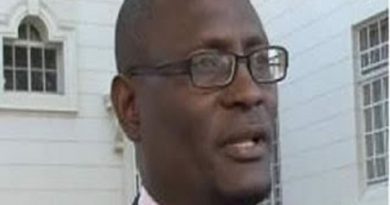 Beitbridge house gutted down by fire