CHIKOMBA – State of the art digital gadgets at Makumimavi Primary in Chivhu whose construction was recently sponsored by an international NGO have remained unused for the past three years allegedly because they are awaiting commission by State President, Emmerson Mnangagwa.

The Mirror established that 30 laptops, projectors and science equipment have not been used since the school opened in 2019 and some of them are dysfunctional after gathering dust all along.

Makumimavi Primary is one of the 17 schools built by Government across the country using a US$20m OPEC International Development Fund loan. It is a state of the art school with white boards and an enrolment of 300 children.

Construction of the school started in 2017 and the school was finally opened in March 2019.

Chikomba District Schools’ Inspector Emmanuel Kwenda declined to comment on the non-use of the digital equipment. He however, confirmed that the school will be commissioned by the President sometime this year.

A teacher who spoke to The Mirror on condition of anonymity said there was no handover of the gadgets and none of the teachers have been trained on how to use the equipment.

“The school will be commissioned this year but there is no date as of now. Regarding the gadgets, whether they are being used or not I cannot comment, that is for our head office,” said Kwenda.

“We haven’t been taught anything about electrical gadgets and most of us don’t even know how to turn on a projector. Some gadgets are no longer working properly because they are just kept where they are exposed to dust,” said the teacher. 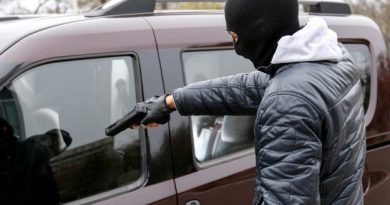