Political analysts have said the ambassadorial appointment of Ms Pamela Tremont as the incoming top diplomat of the US by President Joe Biden may signal the latter’s intention to the improvement of relations between the two countries.

Ms Tremont, whose appointment was confirmed by both Democrats and Republicans in the Committee of Foreign Relations, is a senior member of the US’ State Department after serving in various capacities and at US missions in the United Kingdom, Zambia, Turkey and Sweden.

Political analysts yesterday said Ms Tremont’s senior position in the State Department means she is a “professional diplomat” unlike appointments of previous US representatives who were assigned on partisan political grounds.

Economic commentator Mr Eddie Cross said it is important for Zimbabwe to appreciate that the incoming ambassador is “highly intelligent” and that her appointment means “Zimbabwe is becoming an area of focus to the US” after many of its troubles at home and abroad.

“My view is we do not need to give a distorted view of Ms Tremont. She is a clever woman who served in various capacities for the US government. She is a person of influence compared to the previous appointments that were done on a partisan and unprofessional basis.

“We are now getting someone from the State Department who is very senior and it means Zimbabwe is starting to get attention and focus from the United States. It is not easy to get the focus and attention of the US when it is facing a lot of troubles at home and abroad.

“This appointment is coming after one of Mr Nichols which was not done professionally but along partisan lines,” said Mr Cross.

Mr Cross said Zimbabweans should look optimistic and work towards mutually constructive ideas and doing more while tapping from the policy of re-engagement and engagement by President Mnangagwa.

Another analyst, Mr Tonderai Nhokwara, said while ambassadors should represent their countries respecting the laws of the host country, Zimbabwe also needed to ensure that Ms Tremont respects the provisions of the Vienna Convention on diplomacy.

He said the timing of Ms Tremont’s deployment should be a cautious signal to Zimbabwe as she comes a year before the 2023 harmonised general elections.

“Unlike Mr Nichols, the anticipation is that she respects the laws of the host country and uphold the provisions of the Vienna Convention which is the only true basis of the normalisation of relations by working on mutual terms.

“Besides political discussions, we also expect Ms Tremont to bring American companies for business opportunities as the economy reflects the prime currency of diplomacy,” he said.

The re-engagement and engagement policy by President Mnangagwa has so far opened lines of communication with hostile government as the normalisation of relations takes shape. In the Second Republic, new mission engagements have been opened in Rwanda, Turkey and the United Arab Emirates (UAE) where business opportunities are being explored. Herald 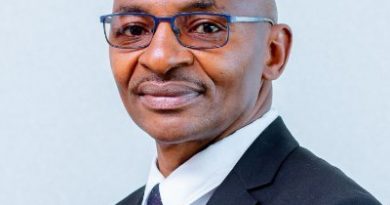