Mergers and acquisitions of companies have been witnessed in Zimbabwe and beyond especially during times of economic recession. Some companies will be absorbed while others merge for the purpose of survival. When such transactions happen, the future of employees and continuity of their employment is the most affected. As a way of safeguarding the employees, legal provisions on transfer of undertaking have been cooperated in the labour legislation to counter the ripple effects of mergers and acquisitions.

The position of the labour law with regard to transfer of undertaking is provided for on section 16 of the Labour Act Chapter 28.01.

Subsection (1) of the aforesaid section provides that wherever any undertaking in which any persons are employed is alienated or transferred in any way whatsoever, the employment of such persons, shall unless otherwise lawfully terminated be deemed to be transferred to the transferee of the undertaking on terms and conditions which are not less favourable than those which applied immediately before the transfer and the continuity of employment of such employees shall be deemed not to have been interrupted.

The new employer must have inherited the affected employees without variation of conditions of their employment contract. If there was any variation to be done the consent of affected employees must have been sought. Anything done before the transfer by or in relation to the old employer, including pending labour disputes is considered to have been done by or in relation to the new employer. For example an employee dismissed by the previous employer can still bring a claim of reinstatement or damages against the new employer unless it is agreed otherwise by parties.

Employees can only be subjected to similar or more favourable conditions under the new employer. They can not earn less; neither can the new employer unilaterally withdraw benefits which the workers enjoyed under the previous employer. However nothing shall prevent the transferee to take over employees on better conditions than those that apply immediately before the transfer.

Less favourable variations can only be accepted when parties mutually agree to do so but within the provisions of the law, notwithstanding that right to social security shall not be interrupted without getting approval from the minister.

Subsection 2(b) provides that nothing in subsection(1) shall be deemed to prevent the employees concerned from agreeing to terms and conditions of employment which are in themselves otherwise legal and which shall be applicable on and after the transfer, but which are less favourable than those which applied to them immediately before the transfer provided that no rights to social security, pension, gratuities or other retirement benefits may be diminished by any such agreement without the prior written authority of Minister of Labour and Social welfare.

The wording of the above provision clearly explains that, the law does not stop the transferred employees and their new employer from mutually agreeing to less favourable conditions provided that an approval from the Minister is granted. This is done to ensure that the employees are not prejudiced by the agreement.

Subsection 2(c) provides that nothing shall prevent to affect the rights of the employees concerned which they could have enforced against the person who employed them immediately before the transfer, and such rights may be enforced against either the employer or the person to whom the undertaking has been transferred or against both such persons at any time prior to, on or after the transfer;.

The rights of transferred employees can be enforced against the transferee or transferor at any time prior to, on or after the transfer of undertaking. This implies that depending on the circumstances under which the transfer is done, the previous employer can still be liable at law after the business has already been inherited by the new employer.

Subsection 2(d) provides that notwithstanding the provisions of subsection (1) nothing shall be deemed to derogate from or prejudice the benefits or rights conferred upon employees under the law relating to insolvency.

Under the legal provisions relating to insolvency the benefits and employee rights will be handled accordingly without interfering with the requirements of transfer of undertaking. It shall be an unfair labour practice to violate or evade or to attempt to violate or evade in any way the provisions of this section.

Employers must be guided by the provisions of transfer of undertaking when ownership of their organisations changes.

Opinions expressed herein are solely those of the author and must not be taken as legal advice. Simbarashe Gobvu is an experienced La¬bour Practitioner and an Independent Arbitrator who write in his own capac¬ity. He can be contact¬ed at [email protected]/ Phone 0773215904 or 0713008767 https://masvingomirror.com 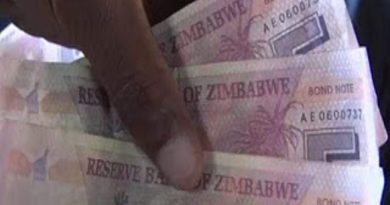 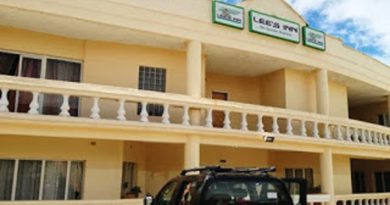