MASVINGO – The suspected robbers who assaulted and threw a Target Kopje businessman, Obvious Nhokovedza (43) and his wife into a disused mine shaft were tipped by a lodger that the latter kept money at his house.

The lodger, Shepherd Chinhara (44) is a former senior officer with the Zimbabwe Prisons and Correctional Service (ZPCS), according to reports made when the suspects appeared in court on Saturday.

Sources also told The Mirror that Chinhara could be facing another case in which he as an officer at Mutimurefu, allegeldy helped Kudakwashe Nyashanu, a prisoner to escape by hiding him in the boot of his car. Nyashanu is now one of the accomplices in the Target Kopje robbery and murder case.

Nhokovedza and his wife had their hands and legs tied by the suspects at their Target Kopje residence before the gang ransacked the house looking for cash and forcing the two to release pin numbers to their Ecocash and Bank cards. They were assaulted before being dumped into the shaft on January 14 and were only discovered the next by a passer-by as they were crying out for help.

Magistrate Oliver Mudzongachiso in 2016 acquitted Chinhara of assisting a prisoner to escape from lawful detention after Nyashanu refused to testify against the latter, however Justice Amy Tsanga overturned the judgement after ZPCS appealed against the Magistrate’s ruling.

Magistrate, Conceptor Ngwerume remanded the five to February 4, 2021 and advised them to seek legal representation and appeal to the High Court for bail.

The State led by Cathrine Mazani said Chinhara, Chipoterwa and Dhonza drove from Harare and picked up Nyashanu at Nyika Growth point in Bikita and proceeded to Masvingo on January 14, 2021.

They went to Target Kopje and Chinhara showed his accomplices the house that they were supposed to target. Chinhara then proceeded to a secluded place to avoid detection as he was a tenant there.

The trio gained entry into the house, tied and blindfolded Ndega and called Chinhara to come back since she would not be able to see him.

At 4pm Nhokovera arrived at his house from Zaka and was immediately attacked by the suspect who tied and blindfolded him and took away R800, ZWL100 and US$30 from his pockets. They also took away a Samsung Note7 with a Buddie Line which had ZWL15 000, Infinite Hot 8 merchant line which had ZWL500 000 and demanded pin numbers.
The suspects bundled the couple into the complainant’s car a Nissan Caravan which had groceries for one of his shops and proceeded along Beitbridge Road where they dumped their victims into a 20m deep disused mine shaft near Wimpy Service Station.
The complainant was rescued by the Masvingo Fire Brigade and Rujeko Police after one of the complainant’s employees heard some noise coming from a disused mine shaft and went on to make a report.

The complainant was taken to Masvingo Provincial Hospital while his wife was taken to the mortuary after being pronounced dead.

On January 20, Nyashanu was arrested at Milton Park Police check point in Harare while driving the complainant’s car and upon searching the vehicle a driver’s license belonging to Nhokovedza was found leading to the arrest of the accused.

Nyashanu led the Police to Dhonza and Chinhara who were holed up in Dzivarasekwa. Munyori was arrested in Bikita where he was keeping some of the goods and phones which had been stolen. The following day detectives swooped on Chipoterwa at Nyika Growth Point.

The Mirror understands that the gang has other cases of robbery and attempted murder that are pending in Harare after escaping from custody at Showgrounds Police Station. https://masvingomirror.com 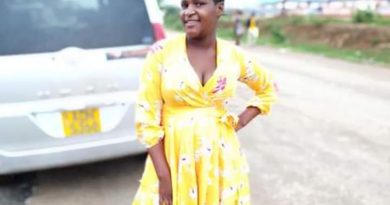 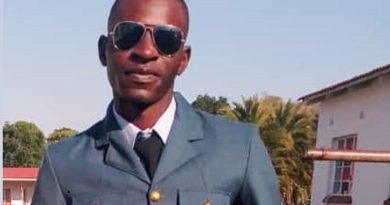