After joining the Lowveld team on January 20, 2022 Tapera has continued to amass points. He certainly has settled in well after taking over from Taurai Mangwiro, a respected gaffer who left to join Harare City ending a five-year stint at the Lowveld team.

Tapera has so far won two games against Dynamos and Ngezi Platinum and he has lost one game against Bulawayo Chiefs and drawn with Harare City and ZPC Kariba.

He found Triangle on sixth position after it collected points from Dynamos and ZPC Kariba.

On Sunday Triangle went up to 13 points and third position after beating the much-respected Ngezi Platinum FC with a goal to nil. Ngezi defender Derrick Bonna scored an own goal in the 39th minute.

Tapera was all smiles and hailed his boys for such prowess.

“I am so happy with my boys and I dedicate this win to them,” said Tapera

When Mangwiro left the Sugar boys, he went away with a couple of players which most analysts thought will cripple the team but Tapera proved otherwise.

Triangle FC will travel to Mutare over the weekend and it will be a clash of the giants since Manica FC is on second position while Triangle is on the third position.https://masvingomirror.com 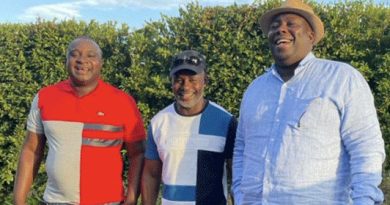