THE State yesterday objected to Citizens Coalition for Change (CCC) members, Joana Mamombe and Cecilia Chimbiris’, application to tender into the court record a video they claimed to have obtained from the Zimbabwe Broadcasting Corporation (ZBC) as part of evidence in their on-going application for referral of their matter to the Constitutional Court (ConCourt).

Through their lawyers, Mr Alec Muchadehama and Mr Jeremiah Bamu, the duo claimed the video was aired on ZBCTv on September 9, 2020 and wanted it to be part of their application.

Mamombe and Chimbiri claimed the video was played on the national broadcaster with the intention to create the impression that they faked their abduction in May of the same year.

The two wanted their matter, in which they are accused of faking their abduction, to be referred to the ConCourt arguing that several of their rights were violated by their arrest.

In their application, they claimed there was incessant and adverse media publicity aimed at swaying the court to convict them, and the video from ZBC would show the negative publicity they were subjected to.

The State objected to the production of the video because of want of procedure and doubts regarding the authenticity of the video.

It said it will not allow the production of the video unless Mamombe and Chimbiri take the person who produced it to testify in court and be subjected to cross-examination.

“We are strongly opposed to the tendering of the video whose creator is unknown.

“The State is opposed to its production for want of procedure,” said Mr Michael Reza, who appeared for the State.

Mr Reza argued that documents had to be certified to qualify for their production in court records and questioned how a flash disc (memory stick), which the opposition party members wanted to tender, could be certified.

“He brought a flash disc and say it is a certified copy. How can this be certified? Everyone knows processes of certification.

“How does this flash (disc) purportedly containing evidence of abduction be termed trade or business record.”

“He is inviting a procedure which is alien to this jurisdiction,” he said.

Mr Reza rubbished Mamombe and Chimbiri’s assertions that their rights were violated by “incessant and adverse” publicity aimed at swaying the court into convicting them saying the court deals with law not public opinion.

“In the magistracy, this is the highest court (Chief Magistrate) and I do not believe that the court would say because of what was aired on ZTV, I find you guilty.

“It deals with proper evidence adduced in the court, not statements by friends to each other. It is a court of record. The State is very strongly opposed to this piece of irrelevant and inadmissible content contaminating the court record. On all fronts, this application ought to fail,” he said.

Mr Tafara Chirambira, who appeared together with Mr Reza, buttressed the latter’s submissions saying the State was not agreeing with the video’s authenticity.

He said authenticity was one of the requirements before a document was admitted into the court’s record.

“There is procedural irregularities that my colleagues are asking the court to partake.

“We are not agreeing on authenticity. We do not know of the flash and its contents,” he said.

Mr Muchadehama said the production of the video related to the application and one of the reliefs sought was that accused were not likely to receive a fair trial because there had been incessant and adverse publicity “to influence the outcome of these proceedings”.

“The reason for the production of the video is to show that it was aired on ZTV. The video was aired on September 9, 2020,” he said.

Mr Muchadehama said the video was authentic since it was downloaded from the national broadcaster and by its corporate legal secretary.

“ZBC downloaded the video and put it on flash, it then qualifies to be produced,” he said.

Chief Magistrate Mrs Faith Mushure is expected to decide on whether the flash disc will be admitted into the record or not on February 16.Herald.https://masvingomirror.com 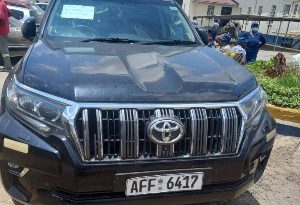