MHONDORO NGEZI – A St Michael High School Lower 6th student suspended from e-lessons by the head because the latter had clashed with the parent over fees has been reinstated, The Mirror has been told.

St Michael’s High head Emmanuel Zvirevo confirmed the development and said that the student he blocked from Pure Maths, Physics, and Computer Science e-lessons after the parent questioned the school over transparency on school fees issues has been reinstated.

St Michael is a Roman Catholic-run school in Mhondoro.

“Yes I can confirm that I have instructed the teachers to reinstate the child back on the WhatsApp learners groups. I cannot comment much, am not allowed to speak to the Press,” said Zvirevo.

The parent said that the child is currently undergoing counseling because of the trauma he suffered by being blocked.

The Mirror understands that Zirevo blocked two students from e-learning.

An education expert described the head’s conduct as unprofessional and amounting to victimization of the child over the head’s differences with the parent.

The Permanent Secretary in the Ministry of Primary and Secondary Education, Tumisang Thabelo told The Mirror to put questions in writing. https://masvingomirror.com 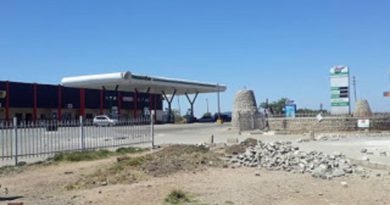