MASVINGO – An IT technician made sensational claims in court recently, telling a Masvingo Magistrate that Runyararo West Primary School head is demanding US$150 bribe for her to pay him for a job he was contracted to do by the school.

The head Tsungirirai Gono was at Masvingo Magistrate Courts to seek a peace order against David Israel Angels of IAO Dtech Consultancy.

Gono told Magistrate Mbonisi Ndlovu that Angels is disturbing her peace by coming to her residence in ZBS Masvingo and calling her on her phone demanding $2 275 payment for a job he says he has done for the school.
Magistrate Ndlovu granted the order and said Angels should stop phoning Gono or visiting her at her residence. He however, said that the two should resolve their differences on the issue of payment.

Angels said Gono wants him to pay her US$150 before she authorizes payment for his invoice of US$ 2 275 for servicing school computers and the computing network.

A memo to Masvingo City Council auditors indicates that the job was done on February 12 and 24, 2020. Runyararo is a council run school.

Angels alleges that this would not be the first time that he paid a bribe to Gono. He says Gono allegedly arm-twisted him into paying her a R2 000 bribe for signing a R13 000 invoice for the supply of readers’ assessment books.

Angels said he once approached Police Superintendent Mazhambe to complain against the demand for the R2 000 bribe. https://masvingomirror.com 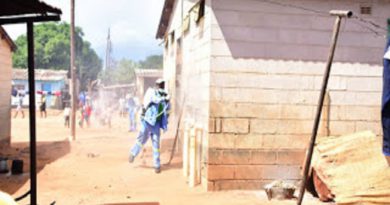 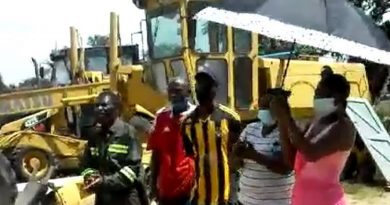