BIKITA-The Mkanganwi Chieftainship of the Moyo totem in Bikita remains vacant 10 years after the death of Govo Mkanganwi allegedly because Retired Major General Gibson Mashingaidze has made a claim to the crown.
Govo passed on in 2012.

Sources said the contest for the post became hot after Mashingaidze who is said to be of the Chiumburu tried to wrestle the post ahead of more deserving members of the same family. Sources said the revered military commander is trying to use his military history to frighten legitimate family members.

The Mkanganwi clan is made up of three main families—Funhiro, Mushanduri and Chiumburu.
The Chiumburu family is made up of four sub-families, Kufakunesu, Chapwanya, Pambwei and Ruzhou. Mashingaidze comes from the Kufakunesu family and it is said that he is not the eldest in the family.
Ret Maj Gen Mashingaidze said the succession dispute is being handled by the provincial chiefs’ council and he is awaiting for the outcome.

“There is currently no chief Mkanganwi at the moment. All the information you may hear from some of my family members is mere senseless talk. Only the chiefs’ council has the final say,” said Mashingaidze.
Masvingo permanent secretary for Provincial and Devolution affairs Jefta Sakupwanya said the succession battle for the Mkanganwi chieftainship still rages on. He said that the family is failing to reach consensus on the best candidate.

“There is no Chief Mkanganwi yet. The procedure is that the family provides a candidate who is then endorsed by the Provincial Chiefs’ Council and gets approved by the National Chiefs’ Council before he is installed,” said Sakupwanya.
In 2018 the chiefs’ council led by Albert Serima, the then Chief Serima could not resolve the matter after a member of the family wrote a petition against the installation of Mashingaidze. The members accused Mashingaidze of using his military muscle to frighten members of the Chiumburu family to appoint him.

Since then the family has been divided with some members supporting Mashingaidze while others favour Charles Chapwanya the one who frustrated Mashingaidze’s ambitions.
Currently matters requiring the chief’s attention are referred to Clemence Munyika who is the substantive headman Mpakwa.https://masvingomirror.com/ 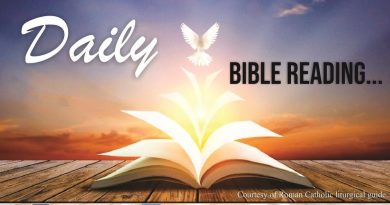