HARARE- Emma Mutisi, a reverend with the Reformed Church in Zimbabwe (RCZ) launched an eight track album at United Methodist Church (UMC) Cranborne in Harare on Saturday, making it her fourth in her short music career spanning from 2017.

The album which is called Ruoko rwaJehovah was launched amid pomp and fanfare after serenading performances from fellow gospel artist Blessing Shumba, Marimba edenga, Glorious Melodies and Mildret Matiza.

Mutisi who is a reverend at RCZ’s Harare Citadel congregation entered the music scene in 2017 with an eight-track album Usacheme that had one song Chiedza in which she featured Blessing Shumba.

It was followed by a single Denga in 2018 and another eight-track album in 2019 which is titled Mwari Vanonzwa.

In 2021 she released another one called Munda Ngautsve.

“The album emphasises on the favour of God. The hand of God is the favour of God. God has highly favoured us that everything will work out for us. We are highly favoured hence we should rise up and build the broken walls, broken areas of our lives, and relationships. We should not be afraid of the devil,” said Mutisi in an interview with The Mirror.

Born Emmah Machingura, in Kadoma to parents who were RCZ church elders, Mutisi attended  Nyamuponda Primary in Gokwe and did secondary education at Munyaradzi High in Kadoma before obtaining a diploma in theology at Murray Theological College at Morgenster Masvingo she also holds an honours in theology from Reformed Church University.

She is married to Phineas Mutisi and they have two kids. 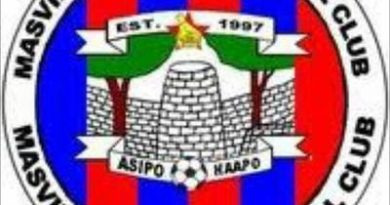