ZVISHAVANE – Pote Holdings, one of the biggest business entities in the southern region has undertaken to buy horticultural produce for its supermarkets from farmers in Zvishavane and Mberengwa in what is seen as a big boost for agriculture in these two semi-arid districts.
The move was announced by Pote Holdings buyer Munashe Jerera at an Enhancing Community Resilience and inclusive Market Systems (ECRIMS) conference held at Clevers Hotel on Friday last week. ECRIMS is an organisation funded by four donors namely the European Union, USAID, Swerige(Sweden) and UNDP with the support of the Government of Zimbabwe.
The meeting brought together farmers, inputs suppliers and output buyers so that the parties engage and know who needs what and where.
The organisation provides resilience in the production sectors and is a three year project which began its journey in 2017 and the objectives are to come up with a strengthened enabling environment with the specific goal of improved responsiveness of ecosystems to the needs of risky communities.
Pote Holdings which operates supermarkets mainly in Zvishavane, Shurugwi  and Gweru said the chain will need 5000 heads of cabbages, 3000 heads of lettice, 4000 bundles of rape ,10kg x 1000 pockets of potatoes and 5 tonnes of tomatoes every month much to the wild applause of delegates present.
He said that the supermarket chain had previously procured all its horticultural products from outside the two districts. This is despite the fact that farmers in Zvishavane and Mberengwa have increasingly gone into horticulture owing to the sinking of boreholes that ensure water supplies throughout the year.
The farmers depend on small and erratic markets where they sell their produce mostly to vegetable vendors or mission schools but mainly to individuals.
Ward 17 Mberengwa farmer Leo Zhou told The Mirror that the move by Pote is a dream come true.
“We are elated by this opportunity extended to us by Pote. It is going to stimulate both growth and quality on horticultural produce. Farmers were increasingly getting frustrated by lack of markets. We are also grateful to ECRIMS for this fruitful conference”, said Zhou.
Notable companies at the meeting were Klein Karoo(K2) , Avanosseeds, Summerset Cleo Wit and Buntu.https://masvingomirror.com 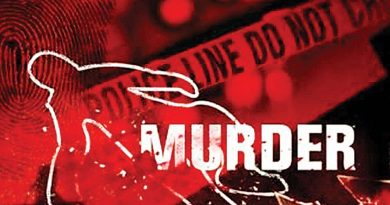 Mental challenges: another murder in Gutu