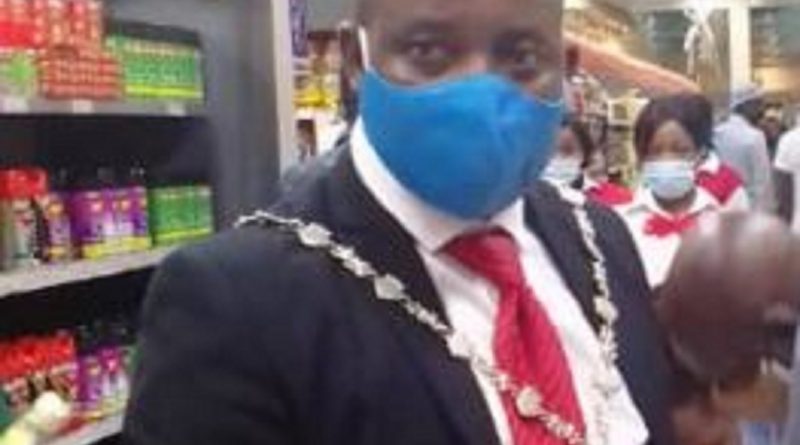 MASVINGO – OK Zimbabwe has donated groceries worth $80 000 towards the Mayor’s Christmas Cheer Fund which will be distributed to the less privileged today.

Masvingo Mayor Collen Maboke selected the groceries including basic food stuffs and toiletries this week. He was accompanied by council public relations officer Ashleigh Jinjika and Ok Masvingo Branch manager Shingirai Change during the selection of the grocery.

OK Zimbabwe is one of the main funders of the cheer fund as they donate groceries ever year.

Maboke applauded Ok Zimbabwe for increasing the donation from $15 000 last year to $80 000 this year.

“I’m humbled by OK Supermarket’s great gesture. They have continued to make such a donation and share with the less privileged despite the bad state of our economy.

“I hope that the rest of the corporate world will draw a leaf from this and also chip in with donations towards the fund,” said Councillor Maboke.

In response, Change said Ok Zimbabwe was dedicated towards assisting the less privileged particularly during the festive season.
“We are happy to give back to the community in this manner particularly as we approach the festive season,” said Change.
The goodies are going to be donated to charity organisations around Masvingo province including Kapota, Ngomahuru Hospital and Mucheke old People’s Home. https://masvingomirror.com

Stepson killed in defense of his mother