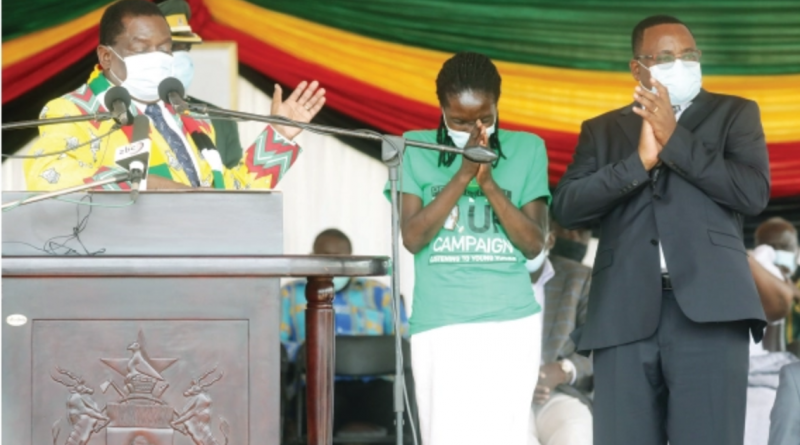 A National Drug Abuse Fund has been set aside to help fight the drug abuse scourge that has afflicted the country, especially among the youth.

The fund which is provided in this year’s budget is meant to, among other things, establish rehabilitation centres for drug addicts and also help combat and contain drug and substance abuse.

Addressing thousands of youths in Harare yesterday President Mnangagwa revealed that an inter-ministerial committee chaired by Public Service, Labour and Social Welfare Minister Professor Paul Mavima has also been constituted, while the Dangerous Drugs Act will be reviewed, as part of a battery of measures the Second Republic is implementing in the fight against dangerous substances abuse.

The President, who was the guest of honour at the National Youth Day, told thousands of young people drawn from the country’s 10 provinces that his administration is going to make sure the war against drug abuse is won using the country’s laws and other interventions.

The theme of this year’s National Youth Day was, “Towards Achieving Vision 2030: Alleviate Substance and Drug Abuse by the Youth”.

“In order to combat this scourge, my Government has put in place the Inter- Ministerial Committee on Drug and Substance Abuse. Over and above this, a National Drug Abuse Fund has been established in the 2022 national budget.

“In addition, a multi-sectoral approach has been deployed by various stakeholders towards complementing Government efforts in the fight against drug and substance abuse by the youth,” said President Mnangagwa.

He said Government will do everything to fight drug abuse including exposing cartels peddling drugs such as guka, bronco, glue, musombodhia, cocaine and crystal meth, commonly known as mutoriro.

“Ultimately you as the youth must take responsibility to fight, resist and reject drug and substance abuse. The review of the Dangerous Drugs Act to meet and deal with the obtaining realities in tackling drug-related issues is being speeded up,” he said.

Establishment of rehabilitation centres was one of Government’s priorities, said President Mnangagwa.

He was responding to a testimony by a young man who had implored Government to set up affordable rehabilitation centres that will complement the counselling services provided to those who abuse drugs.

Turning to errant teachers, the President said Government will apply the no work no pay principle.

The Government has since issued an ultimatum for civil servants to return to work by today or face disciplinary action.

President Mnangagwa, who earlier on led the youth in a clean up exercise near City Sports Centre, implored young people to use the National Clean up Day held every first Friday of the month to share information towards fighting drugs and substance abuse.

“Over and above cleaning our environment, the time to de-toxify and clean the minds of the young people from drugs and other social ills is now,” he said.

President Mnangagwa urged the youth to recommit to the values, principles and ethos bequeathed by those who took up arms to wage a war for the liberation of the country.

“It is incumbent on you all to guard jealously the rich liberation heritage by nurturing patriotism, peace, unity, love, harmony and the culture of hard honest work.

“The baton is now in your hands. You as the young people of Zimbabwe must hold firm to our national cause and run steadfastly towards the development and prosperity of our great country as enshrined in Vision 2030,” he said.

“As your President, I am fully aware of the fact that you as the youth are one of the greatest assets of our nation. It is through your commitment, ingenuity, collective innovative capability and energy that we can bring about unprecedented socio- economic development for a brighter future for all.”

He enunciated a raft of several socio-economic developments and activities being carried out to improve the welfare of the youth, including at tertiary institutions.

These include setting aside youth incubation farms in each province, recapitalisation of the empowerment bank to increase resources availability to young people, implementation of the Education 5.0 policy, which has vocational education and technical entrepreneurship training in all provinces.

“At the centre of this agenda are innovation hubs and industrial parks which will propel the modernisation and industrialisation of our country as well as see the local production of goods and services for our people,” he said.

Yesterday’s National Youth Day coincided with the International Mother Languages Day and President Mnangagwa urged the youth to embrace indigenous languages which are a critical pillar of the country’s national identity, pride and character. 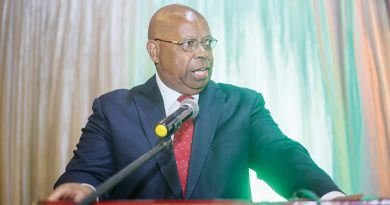