A NEW dawn has begun for Beitbridge and Gwanda municipalities after the Zimbabwe National Water Authority (Zinwa) yesterday officially handed over the management of water systems to the two local authorities, bringing an end a decade-long stand-off over the issue.

Lands, Agriculture, Fisheries, Water and Rural Development Minister, Dr Anxious Masuka, presided over the historic change-over in separate occasions, which he said was in line with the Second Republic’s devolution agenda and would enhance improved service delivery for residents in the respective towns.

Facilitating higher quality water and sanitation services is a top priority as the country moves towards attaining an upper-middle income status by 2030.

The new dispensation has made it clear that no one should struggle to access portable drinking water, which is a basic human right.

Yesterday’s handover follows a Government directive to Zinwa to hand over water treatment plants to the two councils by April 18. The process, however, dragged as the water authority demanded the two councils to clear their arrears first. Gwanda Municipality owed Zinwa more than $270 million and was required to pay $18 million per month to clear the debt.

In Beitbridge, the stand-off dates back about 10 years, a development that had been affecting residents as they went for weeks without the precious liquid. Beitbridge Municipality owed Zinwa $240 million, which had been outstanding for many years.

In his address in Gwanda, Minister Masuka said the Second Republic’s devolution agenda was about giving responsibilities to locals.

“Local authorities must be assisted to develop competence, capability and capacity to manage their water affairs. Zinwa must be the Government water engineer to build these competencies and capabilities.”

Dr Masuka said Zinwa would continue to provide bulk water to Gwanda and other municipalities.

“Additionally, in the current review of both the Water Act and the Zinwa Act, Government aims to transform Zinwa into an efficient, devolved and streamlined parastatal proactively managing the nation’s water affairs,” he said. “Water is a strategic resource, which must be efficiently and effectively used. In this regard, water authorities in assuming responsibility over water affairs must fully appreciate the obligations and expectations of residents, Government and other stakeholders.”

Under the National Development Strategy 1, the Government targets to increase the proportion of people with access to portable drinking water to 90 percent from the current 78 percent by 2025.

“Local authorities, being part of the water resources management agencies framework, play a critical role. Water is a constitutional right. It must be portable, affordable and available,” said the minister.

“As we improve management and governance of the water sector, Zinwa should be able to provide advice to central and local government on needed investments, conduct water audits on cost recovery basis and carry out a wide range of functions as Government’s water engineer,” said Dr Masuka.

Zinwa acting chief executive officer, Mr Takudzwa Makwangudze, said the signing ceremony was a direct output of a series of earnest negotiations and engagements between Zinwa and the municipalities.

“Today’s occasion is in sync with the current devolution agenda being spearheaded by the Second Republic. Negotiations between Zinwa and the municipality covered a wide range of thematic areas that included assets, human resources, finances and obligations to service providers,” he said.

Mr Makwangudze said Zinwa had transferred employees who were directly linked to the operations and treatment of water at the plants to Gwanda.

“These staff members combine both the institutional memory and skills required for the effective and efficient operation of the water treatment plant,” he said.

“For a smooth assumption of this new role by the municipality, Zinwa offered to give the local authority one-month cover of water treatment chemicals.”

This was meant to shield clients from any possible disruptions to supplies and give the local authority time to work out their water treatment chemicals stocks and procurement modalities.

“We managed to strike an agreement that allows Gwanda to retire the legacy debt, while Zinwa preserves the value of the outstanding amount,” he said.

“Zinwa remains available to offer any technical assistance in terms of its mandate as spelt out in the Zinwa Act.”

He said the local authority had managed to put in place full complement staff that would run the water treatment plants.

“We’re also in the maintenance process, which will be concluded in about three weeks. Our procurement has given out a tender for a pick-up truck that we’re designating to the treatment plant,” said Cllr Siziba.

“We want to assure you that for the benefit of our residents, water will be much cheaper.”

“This underpins devolution and decentralisation whose objective is to devolve power to sub-national structures to enable a faster, efficient and effective response to challenges of the delivery of public services,” he said.

He said the supply of water would be at affordable rates for residents in the border town as the middleman had been eliminated. Herald 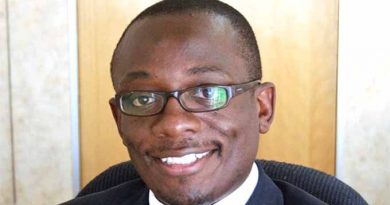 No hiccups to schools opening 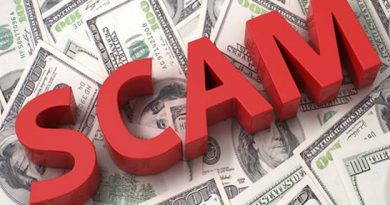 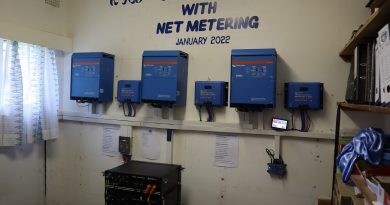