CHIPINGE – The Minister of Energy and Power Development, Soda Zhemu has opened a classroom block constructed by the Rural Electrification Agency (REA) and Petrotrade at Singizi School in Chipinge.

The construction of the block by the two energy companies was a response to President Mnangagwa’s call for corporates to assist with reconstruction of infrastructure in areas hard hit by Cylone Idai.

“It has been my desire as a Minister to help needy communities. I am humbled by these developments by Petrotrade and REA and I want to urge authorities to maintain the classroom block because it will go a long way in enriching our society.

“His excellence made an appeal to corporates and others to participate in repairing and restoring infrastructure after March 2019 Cyclone Idai which caused a lot of suffering and destruction in this part of the country,” he said.
Minister of State for Provincial Affairs, Dr Ellen Gwaradzima said that the block was constructed inside five months.
Deputy Minister of Higher Education Raymond Machingura was also present at the function. https://masvingomirror.com 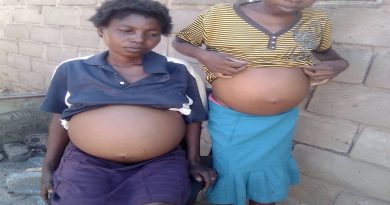 Trading at Chitima banned, farmers to deliver produce to suburbs

Man kills daughter (15) for sneaking out at night