They were among three groups that represented Zimbabwe at the Festival.

The two are both from the small mining town of Mvuma and they attended the festival held in Haryana’s Faridabad.

Mberengwa District Arts and Culture programme officer, Omega Sibanda who was the head of the delegation confirmed the trip in an interview with The Mirror.

Also representing Zimbabwe is award winning theater group, Umkhathi from Bulawayo which is performing local traditional dances.
More than 20 countries from Europe, South Asia and Africa are participating in the craft event

The trip was facilitated by the Ministry of Youth, Sports, Arts and Recreation and the National Arts Council of Zimbabwe.
The Sarajkund Crafts Mela International Festival is a unique global craft festival, which invites artists from across the globe to showcase their culture and talent and it offers unconventional attractions such as traditional folk dance, puppet skits, craftwork, musical shows for tourists of every age.

Sibanda said the festival was an eye opener that creative industries can contribute to the economic growth of the country.

“We performed at the Surajkund Crafts Mela International Festival in New Delhi, India. This is an annual festival but it didn’t happen in the last two years because of Covid-19.

“We performed alongside Nigeria, Swatini, Uganda, Ubzekstan, Cape Verde and others.
“It’s a big festival which has two performance stages and a lot of craft stalls and Zimbabwe has a craft stall where two artists from the Midlands province showcased,” he said. https://masvingomirror.com 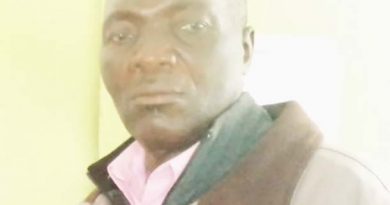 Cop in Gutu North CCC chairman case on the run