Mberengwa Reporter
Mberengwa – A teacher at Zvamagwiro Secondary School in Mberengwa last week pleaded with a local magistrate to reduce a demand for RTGS$2 000 maintenance for a child to RTGS$700 because his salary was only RTGS$2 800.

Tavonga Muzorodzi (32) could not produce his payslip in court because teachers have not received payslips since March when the country went into Covid19 lockdown. He however, said he had a picture of the payslip on his phone which he could show to the magistrate.

The case was brought against Muzorodzi by Gloria Moyo (26) who has a nine-month old baby.

There was a somber moment in court when Muzorodzi told Magistrate Evia Matura that he was married and has three other children to look after with the RTGS$2 800 that he earns. His salary amounted to just US$28 to be shared among four children plus his wife and himself.

This means that the maintained child got the lion’s share of the father’s salary by getting almost 30%. https://masvingomirror.com 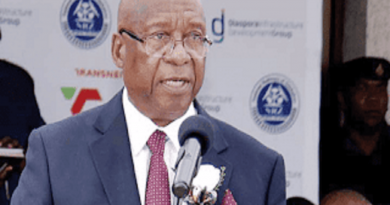