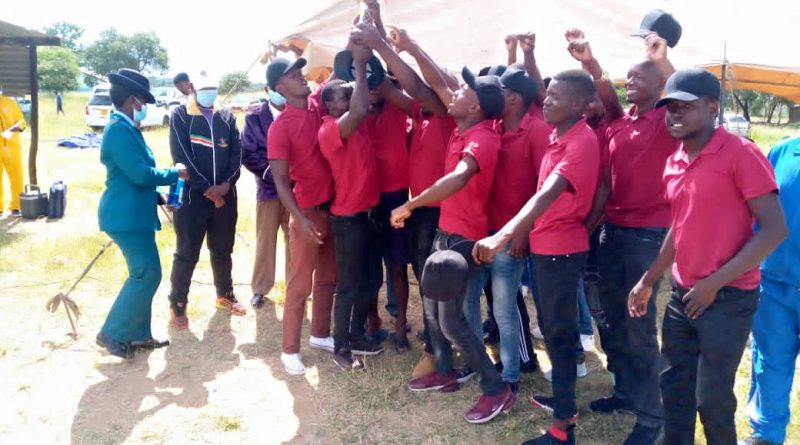 MASVINGO – Masvingo Central District is once again Champions of the Masvingo Provincial Propol Games after amassing the highest number of medals at the games held at ZRP Zimuto Grounds on February 18, 2022.

There were five districts competing in the games including Masvingo West, Provincial Headquarters, Masvingo East and Chiredzi.

Chiredzi with 2 gold medals, 2 silver and 2 bronze tailed the competitions with just 18points.

The most outstanding man of the day was Constable Frank Majiesi from Masvingo Central District.

Constable Vincent Dzarira from Masvingo Central was the top goal scorer in the soccer games after scoring 6 goals.

Assistant Commissioner Crime Frederick Mbengo, the guest of honor at the event urged his troops to work harder in preparation of the gala.

“I am convinced that the selection team will choose the best team and we look forward to good results. I urge our representatives to put spirited effort and raise our flag onto the sporting map,” said Mbengo.

He said it is a culture of ZRP to hold such sporting events from Station, District, Provincial and National Level because sports correlates with good leadership traits.

“The adoption of a team mind-set gives birth to strong leadership qualities,” he said.