MASVINGO- His conquests and knockout blows are what probably earned him the moniker Boika and Masvingo’s boxer Brendon ‘Boika’ Denes is living up to the name.

The 25-year-old won his second professional career title with a knockout on foreign land to record an impressive five knockouts in nine fights. Boika knocked out Namibian Mikka Shonena in the sixth of their 12-round match to strip him of the World Boxing
Organisation (WBO) Africa Welter title in Windhoek recently. Denes whose professional career began in 2018 is now the reigning WBO Africa welterweight and World Boxing Federation (WBF) intercontinental Super Light title holder.

Boika went into the fight as the underdog as Shonena had a record 16 straight wins with three knockouts to his eight wins.
Boika told The Mirror that he is grateful for the impressive straight career record and is already gearing up for his title defence in three months. “I went to win and I am grateful I won.

Winning is what sums me up and I will beat Shonena should we fight again. I am already working towards defending my title in three months,” said Boika.

Boika graduated with a degree in Politics and Public Administration from GZU in 2019 after an impressive 52 wins out of 54 fights with 17 national and regional medals in his amateur career.

“I began amateur boxing at a tender age and I am grateful my career is blossoming. It is my desire to challenge other title holders until I am the best there is,” added Boika.

Following his much-deserved title win, the boxer received a hero’s welcome when he was received by Minister of Sports Kirsty Coventry in Harare. He also paid a curtsey call to Masvingo Minister of State Ezra Chadzamira who commended his win.

“Congratulations on winning your second title. You have put Masvingo on the map. I urge the business community to support and nurture talent,” said Chadzamira. 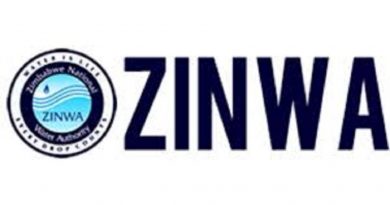