The appointment of Manyanga is contained in the City Council’s minutes of the 1022nd ordinary meeting held on December 21 last year where it was resolved that he becomes the Patron of the Junior Council.

“I am pleased to inform you that Council appointed you as the Junior Councill Patron. Your appointment to work as Patron for the City of Masvingo Junior Council is with immediate effect,” reads part of the letter written by acting Town Clerk Engineer Edward Mukaratirwa to Manyanga recently.

Manyanga also confirmed the appointment and expressed gratitude for the recognition and trust to assist junior councillors who lead an important constituency in the local government structures.

“I would like to thank Council for the honour bestowed on me. Being appointed Patron of Junior Council is no small feat for it means being the guide and therefore an example to future leaders. I do not take it lightly.

“While this appointment may look like it is mine, it belongs to us all especially to the residents of Masvingo and those that entrusted me to represent them as a councillor. The faith you showed in me, is reflected in this honour now bestowed upon me by my peers.

“I promise to execute my responsibilities to the best of my abilities until the end of my term,” said Manyanga.

Leon Maunganidze from ward 6 is the Junior Mayor while Winnie Matsawa of ward 10 is the Junior Town Clerk. https://masvingomirror.com 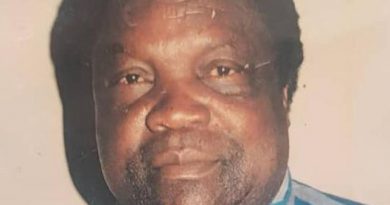 Tribute to Sekuru Tawengwa, a colossal of his generation