ACTING Chief Magistrate Mrs Faith Mushure on Friday dismissed MDC-Alliance members, Joana Mamombe and Cecilia Chimbiri’s application for the quashing of charges of faking their abductions saying she had no jurisdiction to entertain their application.

Mamombe and Chimbiri, through their lawyers Mr Alec Muchadehama and Mr Jeremiah Bamu, had applied for exception and quashing of their charges saying the State allegations did not warrant criminal charges.

After Mrs Mushure dismissed their application, the duo through their lawyer, indicated that they wanted to make an application for referral of the matter to the Constitutional Court.

They had indicated that they would file a written application on January 24, but the State led by Mr Michael Reza opposed.

Mr Reza told the court that the matter had taken too long before completion and suggested that the application be made orally on an earlier date.

“They can make oral submissions because they knew that they had intention to make this application. This case has grown old,” he said.

Mr Bamu told the court that they wanted time to allow them to get a transcript of the record.

He also told the court that there was a documentary they wanted to acquire from Zimbabwe Broadcasting Corporation (ZBC) to include in their application.

On May 13 last year at around 12.30pm, Mamombe, Chimbiri and Netsai Marova, who is on the run, went to Choppies Supermarket in Warren Park 1, Harare, where they gathered with other MDC Alliance youths.

It is said they then staged a demonstration against the recalling of their MPs from Parliament and the alleged misuse of the Covid-19 pandemic funds.

On the same day, they allegedly called their friends, family and lawyers, saying they had been arrested at a roadblock near the Exhibition Park in the capital and were taken to Harare Central Police Station.

Upon receiving the communication, their lawyer Mr Jeremiah Bamu reportedly went to the police CID Law and Order.

Mr Bamu is alleged to have approached a senior officer, saying Mamombe, Chimbiri and Marova had been arrested and taken to Harare Central Police Station.

According to the State, checks were made and it was established that they were not arrested.

Social media platforms and local newspapers were awash with news that the three had been arrested, it is alleged. 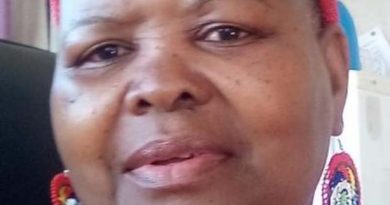