The dual role of the Law Society of Zimbabwe as regulator of the profession and the representative body speaking for lawyers is now being challenged in court with an increasing number of lawyers wanting the roles split, as now occurs in other professions such as medicine.

Lawyers wanting action on the split have gone to the High Court seeking an order for a replacement or amendment of the Legal Practitioners Act. Besides the split the lawyers also want to see the regulator become more independent, rather than being a body made up of their competitors who have won an election.

The law society effectively collects what amounts to compulsory subscriptions from all practicing lawyers and is responsible for their regulation, setting the standards, clearing lawyers for registration through the High Court, ensuring that all in private practice maintain audited trust accounts and dealing with disciplinary matters when lawyers do not follow their professional rules.

Practice certificates, compulsory for lawyers to earn their living, are issued by the society and until recently were only granted to those who paid society subscriptions regardless of whether they took part in society activities.

But in addition to these regulatory functions, the society at times makes statements on behalf of lawyers, giving the impression it speaks for the whole profession although some lawyers complain of absence of proper consultation and strongly disagree with what the law society says, or would like a representative body to be more active.

The lawyers wanting the split see a single regulatory body, governing all lawyers, would continue to police admissions to the profession, ensure that all lawyers followed professional standards, and would be able to take disciplinary action against those who fall short or commit criminal offences. This would be supported by compulsory payments from lawyers, although these would now be annual registration fees for the practice certificate rather than subscriptions.

Lawyers, or groups of like-minded lawyers, would then form the voluntary representative bodies that could speak out on issues, initiate debate on legal matters, and even encourage and arrange advanced legal education.

Several lawyers, who are members of the Law Society of Zimbabwe, feel the Legal Practitioners Act, which governs the profession, should be repealed and replaced with a new law that provides for the setting up of separate entities to deal with the issues in the spirit of independence.

A registered lawyer, Advocate Joshua Chirambwe, has now gone further. He has approached the High Court contesting the legality of the current Law Society.

Adv Chirambwe, through Mutumbwa, Mugabe & Partners, seeks an order declaring unconstitutional, the arrangement whereby the Law Society is both the regulator of the profession and the sole representative of the interests of the legal practitioners in the country.

He also seeks an order declaring the levying and collection of compulsory membership fees by the Law Society of Zimbabwe, without clarifying that the membership subscription is optional, is tantamount to compulsory acquisition of property in violation of the supreme law of the country.

Adv Chirambwi wants Justice, Legal and Parliamentary Affairs Minister Ziyambi Ziyambi ordered to introduce a Bill for the repeal of the Legal Practitioners’ Act and the subsequent replacement of the law by another one that considers separation of the roles of regulation and representation of the legal profession.

He is also claiming back all the membership subscription fees that he paid since joining the Law Society.

Adv Chirambwe argues that the current law indirectly compels lawyers to be members of the Law Society of Zimbabwe despite section 52 of the Legal Practitioners’ Act which grants lawyers a choice to form their own societies.

“So, despite the ‘choice’ to be a member or to form one’s own society in Section 52 of the Act, the position remains that it is only the Law Society of Zimbabwe that has a statutory entitlement to membership fees.

“That makes it unfair, not just to myself, but any other association that those who choose not to be members of Law Society of Zimbabwe might form.

“The (Law Society’s) council, which has a statutorily vested right to regulate practice, is made up of practicing lawyers elected only by members of the Law Society. In other words, they regulate colleagues and competitors, people with whom they compete for business, including those that might choose not to be members,” he said.

The current law, according to the lawyers, is structurally weak and needs to be repealed and replaced with a stronger one.

“The right to administrative action that is impartial cannot be achieved when those who have the power to sit in judgment over legal practitioners as regulators have a vested interest in the profession; in their day-to-day work, are in competition with those they regulate.

“This structural weakness can only be cured by changing the entire arrangement of how the Act regulates the legal profession in Zimbabwe. A new Act, modelled on, for example, the South African Legal Practice Act, which allows for more than one law society would suffice,” reads Adv Chirambwe’s argument.

In contrast, the lawyers argue, the regulatory regime provided by the current law is not independent from the Law Society of Zimbabwe.

“By dint of statute, the regulatory regime for legal practitioners is captured by the Law Society.”

Meanwhile, another lawyer Mr Chawaona Kanoti of Kanoti and Partners, has since written to the Law Society reminding them of his 2009 case where he felt the society took a position regarding a political case without proper consultation.

“I recall filing a similar application around 2009 when LSZ’s then president and other LSZ members were heavily assaulted by police at the Chapman Golf Club, Harare, for (allegedly)participating or leading a political demonstration resulting in the society instituting a High Court application against the alleged responsible authorities.

“As I felt that not all members had been consulted and sensing the idealogical and political overtones of the application, and further feeling that the application sounded like an application for the MDC-T discriminating against other political parties, including ZIYA which I was president, the actions of the LSZ appeared to be extremely partisan as it was biased in favour of the MDC-T.

“I then filed my own application in the High Court against the society complaining that I was not consulted as a member, for the demonstration as well as the society’s court application . . . ”

Mr Kanoti is contemplating to file his own application, or to join Adv Chirambwe’s challenge at the High Court.

In a recent development, the Law Society has resolved not to compel lawyers to pay membership fees as a condition to be issued with a practising certificate but Mr Kanoti wants to know if the legal practitioners will get a refund for all the monies paid in the past.

Some lawyers, Mr Kanoti said, cannot openly speak their mind on the issue of the legality of the society hence a secrete ballot should be arranged to tell whether the members are happy with the society.

“May the society consider arranging for a secret vote of its current membership, supervised by an independent institution such as the ministry or officers from other professional associations, on whether members wish the society to remain as both the regulator and representative or otherwise,” he said.

Harare lawyer Ms Jacqueline Sande of Sande & Partners said: “It’s ill-advised as it can compromise on objectivity because lawyers are being regulated by their colleagues who are often also their competitors. In other jurisdictions like South Africa, the roles are distinct.” 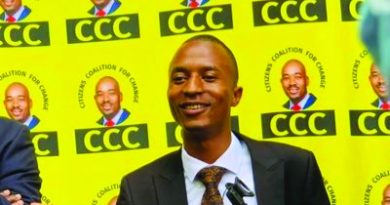 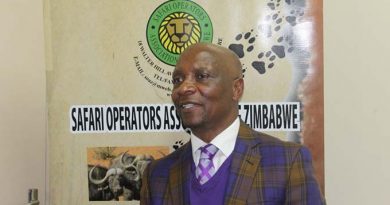 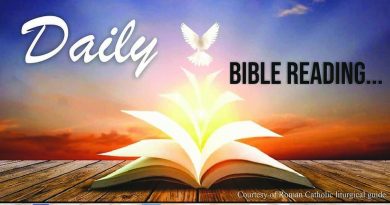