CHIPINGE – The Japanese Embassy will on Tuesday hand over a state of the art US$140 000 child rehabilitation centre to Simukai Child Protection Programme in Chipinge.

The center is for the rehabilitation of children from the streets so that they can be taken back into homes and schools or are given skills to empower them in life. A lot of the children come from Mozambique.

The center also helps vulnerable children, victims of domestic violence and abuse. The center also houses witnesses in the case of court cases involving the abuse of minors. Children are also housed at the center at the time that Police will be investigating their cases.

The centre was built in Usanga medium density suburb in Chipinge by the Embassy and other donors and it has a capacity for 25 children.

Simukai Child Protection Programme is an NGO that advocates and promote the rights of children and it operates in Manicaland’s seven districts and is headquartered in Mutare.

The organisation’s head of programs, Evans Magumise said they received a grant of US$100 000 from the Japanese Embassy and the other US$40 000 came from Simukai and other donors.

He said Simukai Child Protection appreciates the role that Chipinge Town Council played in offering a stand for free to build the centre.

One of the Chivhu robbers came from Gutu 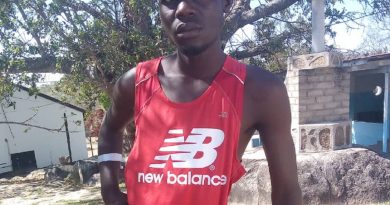