BUHERA – Hundreds of Buhera villagers who lost cattle to bovine theileriosis, a tick borne disease that is ravaging the country will get 497 herds of cattle to restock.

This will take place under a national Presidential Heifers Pass on Scheme launched by Vice President Chiwenga in Chipinge a few weeks ago.

Buhera District veterinary officer, Dr Samson Chiduku told The Mirror that the cattle will come in phases with the first phase of 97 heifers expected anytime soon.

He said beneficiaries are the farmers who lost their cattle to bovine theileriosis and these will pass on the first heifer progeny to the next farmer.

“Buhera farmers are going to receive the first batch of 97 heifers under Presidential Heifers Pass on Scheme soon. The scheme is targeting farmers whose cattle were decimated by bovine theileriosis, mainly in Buhera North and Buhera West constituencies,” said Chiduku.

Selection of beneficiaries was done through AGRITEX and veterinary officers, local leaders and other government stakeholders who are in the communities where people lost cattle.

Reports indicate that since 2018 more than 5 000 cattle with an estimated value of $US200 000 have succumbed to the disease in Buhera district leaving farmers despondent.

Bovine theileriosis affects cattle that are not dipped regularly and is transmitted by brown ticks. https://masvingomirror.com 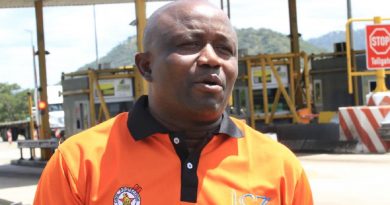