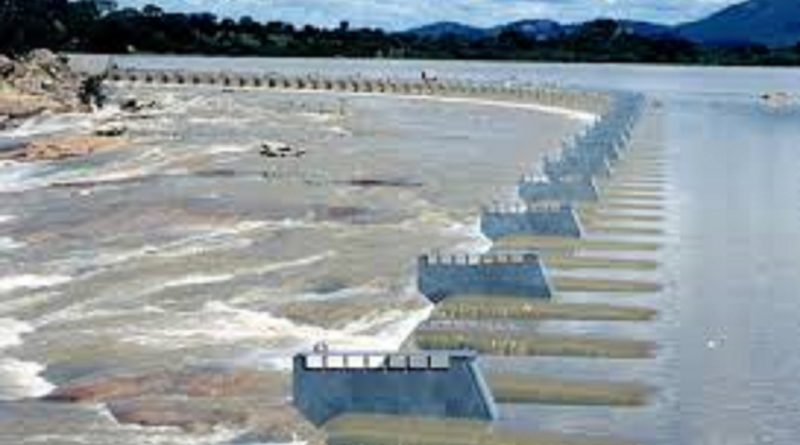 BUHERA -This year’s severe drought has seen two major irrigation schemes at Ruti Dam in Buhera and Gutu reducing hectarage by an average of 14% as water levels rapidly drop.

The reduction in hectarage became inevitable at Dewure and Bonde irrigation schemes after the Zimbabwe National Water Authority (ZINWA) introduced water rationing at the dam.

Bonde Irrigation Scheme chairman Needmore Marikomo told Chipinge Times that farmers have stopped using 50 of the 365 hectares at the irrigation scheme because of the limited water supply.

Dewure Irrigation Scheme Chairman Madhara Zhamba said that they are getting an eight-hour water supply per day down from the usual 24-hour supply.

Zhamba feared that the crop already planted to avoid the searing October heat may not reach maturity because of the water supply constraints.

“A lot of farmers have already planted maize so that they start harvesting before the October/November heat; however the limited water supply will reduce the yield as we are entering the hot dry season,” he said.

He said farmers in the area are more dependent on irrigation due to the low rainfall received in the area.
Zimbabwe National Water Authority (ZINWA) Communications and Marketing Manager Marjorie Munyonga said that water rationing was introduced due to the dropping water levels as the dam also supplies farmers in Chisumbanje.
“Ruti dam also supplies water to the sugarcane plantations and farmers in Chisumbanje. The dam has not been spared the decline in water levels like most dams around the country, “We then needed to reconfigure the water release schedule for all water users including the two irrigation schemes,” said Munyonga.
Dewure Irrigation Scheme has 348 hectares.

Sabi Mine more stable as 100kg target gets in sight

Maeresera is new CEO for Mberengwa