MASVINGO -Ugandan Boxer Muhamad Sebyala has promised to Knock Zimbabwean Boxer Charles Manyuchi out on Saturday at the Duel of Doom Boxing Tournament.

Sebyala arrived in Masvingo on Monday and is camping at Regency Chevron Hotel in the CBD ahead of the Unification title clash on Saturday at Flamboyant Hotel.

Manyuchi had scheduled the match to be held in Masvingo his hometown to accommodate his hometown people to watch him in action to defend his World Boxing Federation (WBF) title; World Alliance Boxing Association (WABA) title and World Professional Boxing Alliance (WPBF) titles.

However, the match will not be open to the audience as per covid-19 regulations.

He has two losses out of Africa, one in Moscow and another in Nuremberg. In Africa, he had two losses in Kampala, two more losses in Dar es Salaam, and single losses in Nairobi, Windhoek, Morogoro, Berkane, and Masaka.

Charles Manyuchi on the other hand has fought in 27 bouts with only four losses, 22 wins and a single draw.

He has a single domestic loss from 2009 against Mordechai Donga for the Super Weltweight Championship in Harare. https://masvingomirror.com 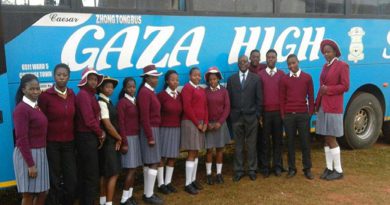