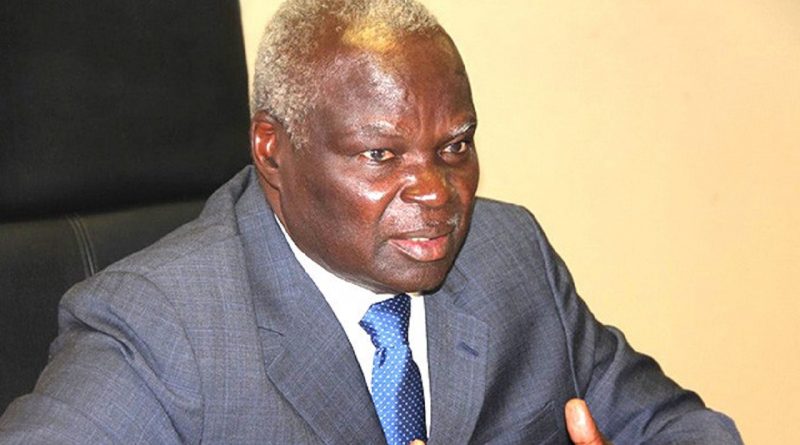 MASVINGO – Justice Neville Wamambo at the High Court in Masvingo has barred Government from installing acting Chief Chirumanzu; Fidelis Mudzengi before an application for an interdict on the matter is heard in full on Monday.
The relief was given during a hearing at the High Court in Masvingo yesterday after the defendants’ lawyer brought an affidavit from the Permanent Secretary in the Ministry of Local Government, Public Works and National Housing that was not signed.

Justice Wamambo then ordered the lawyer to put his house in order and come back to court next week.
Chirumhanzu Chieftainship Dynasty represented by Johannes Ruvengo of Ruvengo and Maboke made an urgent chamber application to stop Government from installing Fidelis Mudzengi as acting chief following the death of his father Gerald who was the chief but dethroned by the clan just before he died.

The Dynasty was prompted to approach the High Court after Chirumanzu District Development Co-ordinator Vitalis Hlavati brought a letter on Thursday last week ordering the clan to make a final selection process for the acting chief.

The Government and the dynasty however differ in that the dynasty’s four families out of five chose Julius Chigegwe while Government is insisting on the appointment of Fidelis Mudzengi.

There are allegations that Hlavati tried to coerce the dynasty to select Mudzengi and bragged that Mudzengi would be installed even if the dynasty made a different choice. This prompted the family to make the urgent application arguing that the process that the DDC was trying to force them to toe is not in line with their cultural norms.
The defendants in the matter are Hlavati being the first, Midlands Provincial Development Co-ordinator Abiot Maronge is the second and Mudzengi is the third.

Mudzengi did not turn up at the court yesterday.

Meanwhile there is another outstanding High Court case where the dynasty which selected Chigegwe last year is worried about the delays in installing him and wants Government to expedite the process.

“This is an application made by the Chirumhanzu Chieftainship Dynasty on behalf of the Chirumhanzu clan in support of Chigegwe as a prospective nominee to the position of acting chief. It seeks to have the decision made by the first and second respondents during the selection process be declared unlawful and that the first and second respondents had flagrantly disregarded the law concerning selection of acting chief and in so doing, they were taking sides of showing favour to third respondent, thus the subsequent declaring of third respondent as the nominee was not properly done.

“The respondents contemplate to prepare and submit the appointment papers in respect of Fidelis Mudzengi to the post after having first respondent nominate and impose him the nominee for appointment as Acting Chief Chirumhanzu which is against their customs. Further it will be prejudicial to the applicants and all other community members who look up to the steward leadership of first applicant in matters concerning the chieftainship” reads part of the application.

The respondents filed notice to oppose the application saying they followed due processes in selecting Mudzengi to replace his father. They said it is always a norm that the son of a deceased chief should act as “sarapavana” for two years like what is happening with all other chieftainships. https://masvingomirror.com