The Zimbabwe National Road Authority (ZINARA) is a corrupt monster. That is an undeniable fact.
It is only because Zimbabwe is a strange society where common sense has escaped everyone otherwise all ZINARA top managers should be rotting in jail.
In China they would be history. The head will be far away from the torso.
Alas in Zimbabwe, they remain free!
The Zimbabwe Anti-Corruption Commission (ZACC) has long been castrated. Forget about it.
ZINARA managers flaunt their wealth in public. It offends no one, least of all Government. They post their loot on Facebook. They are our heroes, our celebrities; we visit their pages in hordes to check on their latest jaunts. The most Zimbabweans do is make jokes about it. Laugh, laugh, laugh full stop.
Indeed corruption has become a way of life in Zimbabwe.
They parade their state of the art cars; they call them beasts and we admire. Deceit has become a national value and these culprits are our glamour boys and girls. They have houses by the sea side in Windhoek, Cape Town, in the UK you name them.
The majority envy them. They are clever, we often hear!
They go all over the world on holidays with spouses or girlfriends; we admire them even when we know that poor souls are dying on our bad roads daily as sacrifices to the evil spirits of corruption.
A recent audit says one former top ZINARA manager has property worth US$20 million and auditors are still counting. He has not seen the prison door and chances are he will never.
I must say it is indeed unfortunate that I got reminded of this ZINARA monster by the death of a colleague, a young man I tutored when he was a student journalist on attachment at The Sunday Mail and I was both the acting news editor and business editor at the national weekly.
Augustine Dalubuhle Moyo died on Africa Day, a wealthy man (38) going by the testimonies including an obituary that appeared on a Sunday Mail page. Wealth is not a sin; it is our desired destination here on earth. However, what makes his riches curious to everyone is his links with ZINARA. He was the public relations manager at the roads authority until he resigned late last year.
As they passed their condolences on social media, journalists could not avoid mention of his wealth and luxurious lifestyle. But Zimbabwe being us, wafa wanaka (dare not make negative connotations about the dead), no one went into any detail.
In Zimbabwe talking corruption about a fellow journalist is bad. It is taboo, lest you stir a hornets’ nest.
All they did therefore was fantasise; i.e. he drove the type of a car you can only dream of, his minimum speed on the highway was 200km/hr and he took 3 hours to get from Harare to Bulawayo etc.
Augustine’s lifestyle should have long raised questions about ZINARA because that is where he worked. Investigative journalists should have moved in long before the auditors. This would have put to rest any lingering questions we have today about the source of his wealth and indeed many of his workmates at ZINARA.
The question then is, has Zimbabwe’s fourth estate become so blind to red herrings of corruption that it can look aside? Does the Fourth Estate still have the moral standing to ask questions about corruption among politicians?
Where are you Geoff Nyarota, the doyen of anti-corruption journalism in Zimbabwe? Where has journalism of the school of the likes of Tommy Sithole at The Herald gone to?
Wither Zimbabwe!
The truth is no government will ever successfully fight corruption without an alert, proactive and supportive media. In the testimonies, several of Augustine’s journalist friends expressed admiration at his wealth and flamboyance but none ever tried to explain how he got there.
A neighbor speaking at the funeral said he had seven state of the art vehicles that had his names inscribed on it. I flipped through the obituaries with a keen interest to know how as a civil servant managed to accumulate all that wealth but there are no business interests mentioned.
Even curious is a Sunday Mail article which says he had a fleet of state of the art cars. He has been to holidays all over Europe and America and he did not know where to go next, wrote the journalist who was a confidante of the late.
The article described him as a larger than life figure.
He had a mansion in Marondera and he only bought his dog food from Makro in South Africa, went on the confidante.
By the way Augustine remained close and grateful for the tutelage he received from me as a student. He continued to frequent my offices in Masvingo and pay homage. I am not linking him to any corruption but my question remains; do journalists ask questions anymore?
Away from the issue of journalists and corruption, it is pertinent to ask whether the existence of the Anti-Corruption Commission remains necessary in view of its pathetic performance over the years. Even the recent change of the captain at ZAAC is not helping; corruption is worse now than during the reign of Mugabe.
All over the World, Governments that successfully fought corruption are known to have used two strategies; swiftness and ruthlessness. In Zimbabwe none of the above is important. The pace of prosecution of a case is dictated by the accused.
Some accused decide to fall ill, and the cases are stopped, others bribe State agents like the Police, court prosecutors, judges and the cases drag on and on until people forget about them.
Tragically President Mnangagwa who is the only man with the power to destroy corruption in this country has resigned to the machinations. He openly told the nation recently that he cannot do anything about the corrupt cops and judges who sabotage cases against corrupt individuals.
And to think that corruption will be the Waterloo for Zimbabwe! 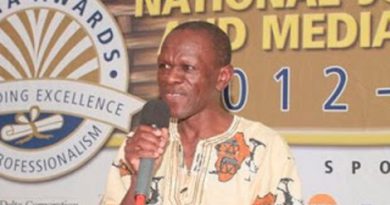 Hunting the bush bucks to extinction

Tourism Recovery Strategies During and after COVID 19 pandemic Part 2: The Accommodation Sector Focus