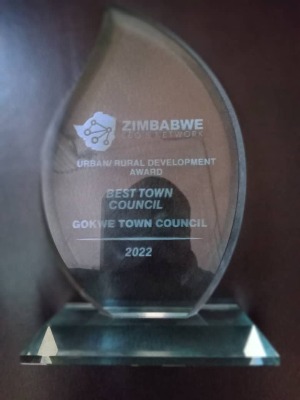 GOKWE- Efforts by Gokwe Town Council to improve service delivery have been recognized with the local authority winning The Best-run Rural and Urban Council Award at a leadership appreciation ceremony held at Meikles Hotel in Harare last Friday.

Gokwe is a council that is friendly to investors with new players like Econet and NetOne moving in to set up offices. There are also colleges, universities and healthcare institutions that recently got the greenlight to establish themselves in the sprawling district.

The awards were sponsored by the Zimbabwe CEO’S Network.

This was the local authority’s fist time to scoop the award after rural and urban local authorities were grouped in different categories with Gokwe Town Council emerging tops.

Gokwe Town Council Acting Town Secretary Alexander Nyandoro told The Mirror in an interview that he was pleased by the recognition, adding that hard work had finally paid off.

“As Gokwe Town Council we are extremely honoured and humbled to receive such a coveted Award.

“This has motivated us to work even harder to improve service delivery to the people.

“The major role of local authorities in a changing environment is to provide conducive working space to investment initiatives in line with Government’s ease of doing business thrust and the Open for Business mantra,” he said.

He said the establishment of Universities as well as colleges in Gokwe was on an increase as the district aims to contribute towards the attainment of the nation’s educational targets.

“We have tertiary institutions like the Catholic University, Midlands State University and Kwekwe Poly which are set to start their operations in Gokwe,” said Nyandoro.

Nyandoro said investments have also been made in the areas of service stations, food courts and cotton ginning.

“Through the assistance of the Minister of State and Devolution Affairs, Larry Mavima, we want to establish a leading cotton Special Economic Zone where cotton is processed beyond lint right here in Gokwe,” he said.https://masvingomirror.com 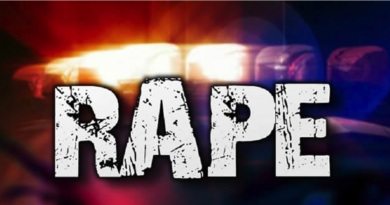