ARMY Colonel Leonard Matambo yesterday wept uncontrollably in the dock after a Harare magistrate said he faced a long jail sentence if convicted of trying to smuggle 31 AK-47 assault rifles into the country.

Matambo’s letter to the Zimbabwe Revenue Authority (Zimra) asking for assistance to bring the guns into the country was used as evidence in court.

His boss at the Zimbabwe Defence Industries (ZDI), one Air Commodore Mutize, wrote another letter to the National Prosecuting Authority of Zimbabwe (NPAZ) admitting that Matambo’s duty included writing such documents to various State organs.

Mutize said he tried to seek authority from the ZDI board on the guns, but did not get a favourable response, leaving Matambo at the mercy of the State.

The matter was held under camera after Matambo’s lawyer said he could be asked on issues to do with State secrets.

Magistrate Stanford Mambanje ruled that the court should not play legal games at the expense of State security.

The court denied him bail, and postponed the matter to September 27.

According to the State, Matambo attempted to smuggle 31 AK-47 assault rifles and 62 AK-47 magazines from South Africa through Beitbridge Border Post.

Investigations conducted established that Matambo’s co-accused Gugulethu Mabhena had brought the firearms into Zimbabwe from South Africa without an import permit.

Tout beats cops, handcuffs one of them 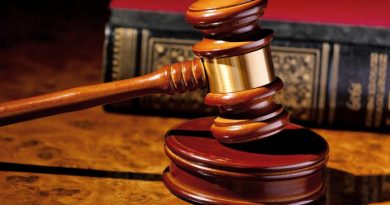