Some communal livestock farmers are reluctant to take their animals for dipping fearing that their livestock will contract tick-borne diseases, resulting in an increase in cattle deaths in most parts of the country.

As a way of minimising ticks, the farmers have resorted to spraying their livestock using knapsack sprayers at home, while others are depending on tick-grease alone.

He said farmers are being encouraged to take their cattle for dipping or else they will be prosecuted.

“We are facing a crisis of farmers who have a false pretext that January disease is spread at the dip tanks when it is the opposite. We have intensified awareness campaigns and we hope by next month, cases will decline.

“If farmers continue refusing to take their livestock to the dip they will be prosecuted. We have veterinary staff on the ground and they are mobile. The veterinary extension workers and Agritex extension officers are carrying out the awareness campaigns.”

Dr Nyika said it was compulsory that farmers take their cattle for dipping to end January disease.

January disease is common between December and March and is spread through the bite of the brown ear tick.

“To protect livestock, farmers are encouraged to ensure their cattle are taken for dipping so that ticks do not mature to the stage of transmitting diseases and also when spraying, farmers should ensure the animal is soaked.

Intensive dipping is when cattle are dipped three times in two weeks and tick grease will be applied in-between the dipping sessions.

“We have received reports of tick-borne diseases and foot rot. We urged farmers to dip their cattle regularly. Farmers should increase dipping intervals during this time of the year,” he said.

“The veterinary department has distributed dipping chemicals and tick grease. It is unfortunate that some farmers decide not to take their cattle for dipping and this results in disease outbreak and animal deaths. We are educating farmers on the importance of dipping,” he said.

Meanwhile, the condition of crops has been reported to be good although signs of moisture stress are beginning to show in some areas.

“We had planted sugarbeans. The crop had germinated well because of the moisture but now moisture stress signs are beginning to show and the situation could get worse if we do not receive rains in the next couple of days,” she said.

Mr Zakariya said most crops were at a stage that requires moisture.

“Tropical Storm Ana caused waterlogging and leaching. During that period there was a shortage of top dressing fertilisers and some crops were affected.

“Farmers now need to carry out the best practices in managing land so they can create weirs that can later utilise during dry periods,” he said.

Mr Makombe said the rains were now localised and some areas were being affected by the dry spell while others were getting some rains.

“If we do not get rains yields could be compromised in some areas,” he said.Herald. 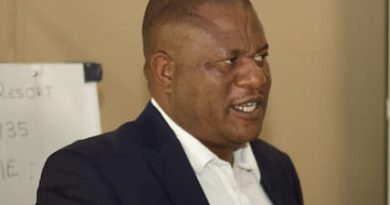