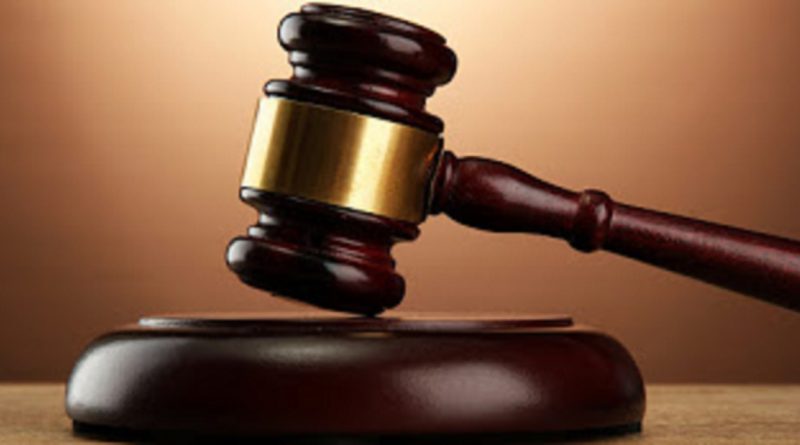 A former American soldier has been found guilty of trying to board a flight at the Robert Gabriel International Airport with a firearm which was not lawfully declared.

Ronald Johnson was convicted by Harare regional magistrate Mr Stanford Mambanje after admitting to unlawfully trying to board a flight to Victoria Falls with a firearm with 45 rounds of ammunition.

The court heard that upon arrest, Johnson refused to open his smartphone arguing that it had ‘classified business contracts with the United States government.

Prosecutors Mr Whisper Mabhaudhi and Mr Lancelot Mutsokoti told the court that Johnson, who came into the country on a holiday visa, claimed he wanted to protect the information in his phone.

Mr Mabhaudhi said this while making aggravating submissions after Johnson admitted to charges of attempting to board an airplane with a firearm without authority. He also admitted to unlawful possession of a firearm.

“The accused is a retired soldier in the United States army where he served for 20 years, including in the Gulf war.

“He was at one time based at the United States army base in Germany from 1992 to1994. He also served in Saudi Arabia.

“In 2000, he served in Serbia in the United States’ peace keeping missions and in summary he’s a military man with experience in different hot spots throughout the world,” said the State.

“He had an iPhone 11 which was functioning. Police wanted to have access to it and he refused with the password to the phone indicating that he had business contracts with the US government whose information he wanted to protect.

“This gives rise to questions on whether the firearm and ammunition found in his possession was brought into the country on the 5th of February when he came into the country,” said the State.

In mitigation, Johnson said he came to Zimbabwe to tour the country in the company of his fiancé who is a Zimbabwean.

“Upon arrival in the country his baggage which was produced in court, went through the scan and it’s unfortunate that the gun wasn’t detected and had it been detected at that particular time the officials ought to have advised him to comply with the Firearms Act,” he said through his lawyer.

He claimed that he is a holder of a valid firearm certificate, which allows him to own a hand gun

It is the State’s case that on February 5 Johnson, was issued with a 30-day holiday visa.

On February 15, Johnson checked in at the Robert Gabriel Mugabe International Airport intending to board a Fastjet flight to Victoria Falls.

It is said Johnson had not applied for authority to carry a firearm on board 24 hours prior to his travel as required by the Civil Aviation (Security) Regulations.

The court heard that Patricia Mbodza, a Civil Aviation official and Blessing Moyo, a police officer conducted a physical inspection on Johnson leading to the recovery of a 9mm rubberized Glock17gen pistol loaded with 15 rounds of ammunition. He also had two other magazines with 15 rounds each.

Johnson was then arrested and taken to court charged with attempting to board a plane with a firearm but without legal authority.

Johnson is expected back in court today for sentencing.Herald. 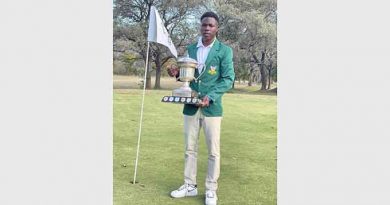