Firms using money they earn from Government contracts to deal in the foreign currency black market will be blacklisted from future contracts, have the proceeds of illegal transactions confiscated, their bank accounts frozen and will be prosecuted, Finance and Economic Development Minister Mthuli Ncube announced last night.

Besides these measures to keep these cash-rich companies out of illegal currency dealing, the minister said in a statement, the Financial Intelligence Unit of the Reserve Bank of Zimbabwe will scrutinise use of past and present payments made to suppliers to ensure that Government was getting value for money.

For some months, there have been reports that some major companies fulfilling Government contracts, especially with the infrastructure boom now in place, allegedly rush to the black market to buy foreign currency, boosting demand and so fuelling exchange rate instability and price increases as others latch onto those rates.

Government last month announced that it will pay half of work done by road contractors and others with infrastructure contracts in US dollars while the other half will be paid in local currency with payments spread as part of measures to contain the exchange rate and price spirals.

In his statement Prof Ncube said: “Government has noted with great concern that some suppliers who supply goods and services to Government institutions are channelling the funds they receive to the illegal foreign exchange market, thereby contributing to exchange rate and price instability.”

As a result, the Government will with immediate effect implement a cocktail of measures.

“The Financial Intelligence Unit will follow up and scrutinise all payments made to Government suppliers to establish how the funds have been utilised.

“Where it is determined that funds were channelled to the illegal foreign exchange market: the bank accounts involved will be frozen indefinitely pending criminal investigations and prosecution of the companies concerned and their directors and officers; proceeds from the illegal transaction will be forfeited to the State in terms of the Money Laundering and Proceeds of Crime Act.

“The suppliers concerned, their directors and related companies will be blacklisted with the Procurement Regulatory Authority of Zimbabwe and will be banned from participating in any Government tenders.

“In addition to the above measures Government is setting up a process to scrutinise all awarded tenders to ensure that Government is getting full and fair value,” he said.

This is the latest measure that Government and the Reserve Bank of Zimbabwe have introduced to kill, or at least downsize, the black market by reducing demand for illegal foreign currency.

At the same time measures have been taken to lessen the amount of local currency that can be pushed into that market and measures are now in place to use the interbank rate set by willing buyers and willing sellers as the official rate, with the auction average brought into conformity two months ago.

The measures to reduce supply of local currency available for illegal dealing include forcing banks to tighten up on loans with interest rates also shoved right up to a minimum of 200 percent and most customers having to pay more.

This is designed to ensure that far less local currency is created within the private sector, the Government having slashed its own contribution to money supply growth by balancing the budget.

Additional measures have been taken to dry up demand for black-market currency through increasing flows into official markets by making net exporters sell a quarter of what they do not spend in 120 days, and by offering gold coins from next week as an alternative and legal way for those with Zimbabwe dollars to preserve value legally without distorting the economy. Herald 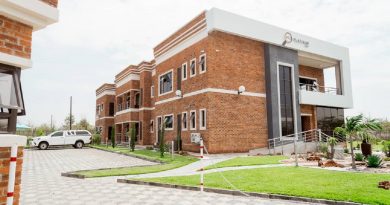 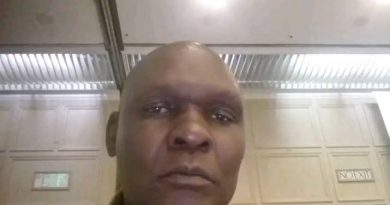