DENNIS Kaparadze was so intoxicated that he staggered and stumbled from Huruyadzo shopping centre in Chitungwiza’s St Mary’s to his family home, a stone’s throw away.

Since losing his job as a commuter omnibus conductor after the government banned private commuter omnibuses early last year, Kaparadze, a married father of one, has resorted to abusing beer and drugs.

Kaparadze is not alone in this predicament as rising unemployment coupled by reduced opportunities caused by Covid-19 have taken a toll on the poor, compelling many to abuse alcohol and drugs.

Zimbabwe does not have official data on illicit drug use because a population size estimate has never been done before, but according to the Zimbabwe Civil Liberties and Drug Network (ZCLDN), anecdotal evidence points to a lot of illicit drug use on the ground in the country.

Around 275 million people used drugs worldwide in 2020, which is 22% more than in 2010, while over 45 million people suffer from drug use disorders, according to the World Drug Report [2021], released in June by the United Nations Office on Drugs and Crime.

By 2030, demographic factors project the number of people using drugs to rise by 11% around the world, and as much as 40% in Africa alone, says the report.

“He used to drink beer only and would smoke marijuana here and there, but since he lost his job, he has been different.

“He has become so addicted to drugs, something that forced his wife to go back to her parents.”

Phineas said they now fear for the health of their brother, whom he described as“careless with his life”.

“Sometimes he does not come home. We don’t know where he would have slept, especially on the days when he has money,” Phineas said.

“According to his peers, he would have slept at some girlfriend’s place, a sex worker in this area.

“The family is worried about this and fears he risks contracting sexually-transmitted diseases, including HIV.”

Drug use plays a big role in the spread of HIV by increasing the likelihood of high-risk sex with infected partners.

The intoxicating effects of many drugs can alter judgement and inhibition, and lead people to engage in impulsive and unsafe behaviours.

Tendai, a sex worker plying her trade at Huruyadzo shopping centre, said she was addicted to drugs such that she ends up engaging in risky sexual behaviours to obtain drugs or money to buy them.

“I always spend the day sleeping, but when I wake up, I need something to invigorate myself and that would be any substance, not mbanje.

“I need something that quickly intoxicates, preferably musombodhiya,” she said.

“When I don’t have money I go to those who sell the drugs, I offer them free sex or I charge a few dollars to buy the substance. I can’t stay a day being sober.

“Our situation has been worsened by the Covid-19 pandemic. Most bars are closed and the few that have been allowed to open close at 10pm.

“There is no money out there and it’s better to stay drunk and drown our sorrows.”

Tendai said she doesn’t mind unprotected sex, especially when she is drunk.

“It’s difficult to negotiate protection when you are high,” she said.

“I am talking to you now because I am sober, but if you come later, you will not understand me because I would have taken these drugs.

“I don’t mind what happens to me health wise because we will all die anyway.”

She said she did not know her HIV status.

“If you search for baboons in the mountains, chances are high that you will find them. For now I don’t care about my HIV status, maybe if I get very sick,” Tendai said.

Drug use accounts for an ever-growing proportion of those living with HIV and according to the World Health Organisation, key populations including people who inject drugs and sex workers, among others are at increased risk of HIV infection.

Key populations, their clients and sexual partners account for 25% of new HIV infections in the East and Southern African sub-region.

ZCLDN projects executive director Wilson Box said there are a number of factors that put people who use drugs at HIV risky.

“In Zimbabwe there are no services specifically designed for people who use drugs and there a few nurses in the country that are trained to deal with people who use illegal drugs.”

Box said his organisation did advocacy and awareness campaigns on illicit drug use in the country.

“We are into drug policy reform, harm reduction strategies and prevention of HIV and Aids among people who use drugs,” Box said.

“We refer people who use drugs to specialists though expensive and public hospitals for further management.

“We provided technical expertise and logistical support in the crafting of the drug master plan in Zimbabwe with our various partners.”

Medical doctor and public health expert Johannes Marisa said drug use contributes immensely in the spread of HIV by increasing the likelihood of high-risk sex with infected partners.

“The inebriating effects of drugs and alcohol can change judgement and inhibition, which might lead people to engage in impulsive and unsafe behaviours,” Marisa said.

“Drug use can also hasten the progression of HIV and its consequences, especially in the brain, thus drug use may increase viral load, accelerate disease progression and worsen Aids-related mortality even among patients who follow ART regimens.”

Marisa said with substance use disorders people were less likely to take life-saving HIV medication regularly, which worsens the course of their illness.

Drug use now accounts for an ever-growing proportion of those living with HIV.

According to WHO, on average one in 10 new HIV infections are caused by the sharing of needles.

Moreover, it is estimated that 25% of new infections outside of sub-Saharan Africa are among injecting drug users.

It is thought that there are approximately 11.8 million people who inject drugs worldwide, and 13.1% of them are thought to be living with HIV. -The Standard 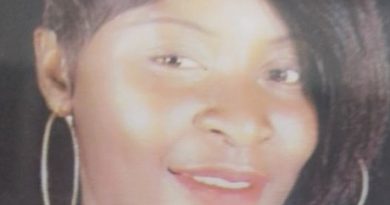 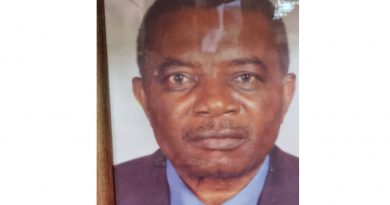