CHIMANIMANI – Jospeh Maposa, a man who survived probably the most deadly cyclone in the history of this country has recorded a new track on his experience.

The gospel track is titled ‘Kurarama inyasha’. The song narrates Maposa’s ordeal and how he survived Cyclone Idai which ravaged the eastern province of Zimbabwe in 2019.

Maposa who hails from Chimanimani, the epicentre of the Cyclone in Zimbabwe is fast establishing himself as a powerhouse of gospel music.

He already has an album to his credit titled ‘Mene mane’ and is working on a single track titled ‘hukama newirirano’ which is expected early next month.

Maposa was born in Marange district in 1984 and he began his music career at a very tender age.

He does not play any instrument as he basically concentrates on song writing and lead vocals. However, he is learning to play a bass guitar. https://masvingomirror.com 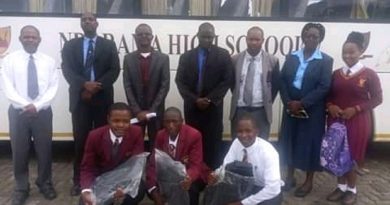