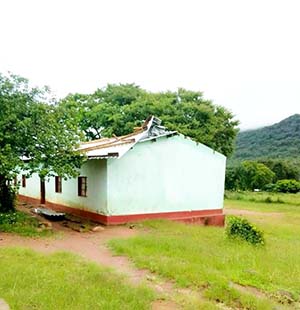 MASVINGO – Cyclone Anna which came through Malawi and Mozambique has left a trail of destruction in Bikita.

The Mirror is informed that a maternity wing at Mashoko Mission Hospital was blown off.

One person from Mazungunye area fractured his leg when his house was destroyed by the Cyclone.

There are also buildings that were affected by the Cyclone at Mukanga Primary School and several homes under chief Mazungunye were destroyed.

Bikita District Development Co-ordinator Bernad Hadzirabwi confirmed the trail of destruction to The Mirror. He added that a family of seven in Ward 15 of Mazungunye desperately needs help after their house was destroyed and seven people are staying in a hut.

“At Mukanga one classroom block had its roof blown away by heavy winds and a family member in Mazugunye is in hospital after suffering a fractured leg when his house was destroyed. The same family of seven is now staying in a small hut and desperately needs help”, said Hadzirabwi.