The Cyber-City development in Mount Hampden, a major investment by a group of Dubai-based investors and part of the efforts for Zimbabwe to push ahead through the Fourth Industrial Revolution, took another step forward yesterday with the ground- breaking ceremony officiated by President Mnangagwa.

Zimbabwe would not be left behind in the Fourth Industrial Revolution to drive its economy through deployment of technological innovations and digital transformations to realise holistic national development, of which Cyber-City was an example, said the President, who had played a prominent role in highlighting to the investors the benefits of a Zimbabwean investment.

Through progressive policies of the Second Republic such as the engagement and re- engagement drive, the Government was putting in place incentives, legislation and a conducive environment for investors to find comfort.

President Mnangagwa said the Fourth Industrial Revolution, with its deployment of technological innovations and digital transformations, was shaping the transition from a market economy to a knowledge-based one.

“Fuelled by continuous improvements in ICTs and mobile internet infrastructure, as well as reduction of barriers due to technology, the world, as we know it, is fast changing,” said the President.

“Hence, as a country, we are obligated to speedily adopt and adapt. This Cyber-City, is thus part of the efforts we are embarking on to help to leapfrog our economy into the information and knowledge age, in line with the dictates of the Fourth Industrial Revolution.

“Under my administration, we are determined to realise holistic development. Zimbabwe is on the move and will not be left behind.”

President Mnangagwa commended the Cyber-City investors led by Mr Shaji UI Mulk for heeding his call to invest in Zimbabwe saying they showed confidence in the Government’s policies and recognised the importance of his mantra, “Zimbabwe is open for business” and “Zimbabwe is a land of great opportunities”.

“It also highlights the strong diplomatic and economic ties which exist between progressive members of the international community and Zimbabwe.”

The new city, said President Mnangagwa, will present many investment opportunities in both commercial and residential building development and would go a long way in solving the shortage of development space in Harare, exacerbated by rapid population growth and ageing infrastructure.

“The construction of the Cyber-City is in line with the major tenets of the National Human Settlements Policy, including ensuring provision of an orderly and well-built environment with requisite on-site and off-site infrastructure.

“In this regard, it is envisioned to be a self-contained intelligent city, providing high quality infrastructure, attractive surroundings and high speed communication access for the production of goods and services for both local and export markets.

“To this end, this Cyber-City will complement my Government’s ongoing efforts of creating an environment which helps our brilliant young boys and girls to build a prosperous and modern society for both present and future generations,” said President Mnangagwa.

Together with investors and other stakeholders the Second Republic stood ready to continuously improve the innovation ecosystem that allows the enhanced deployment of ICT skills, research and development, industrial activity as well as finance to propel this new phase of Zimbabwe’s development agenda, said the President.

Ventures such as the Cyber-City, and the various innovation hubs and agro-industrial parks at institutions of higher learning, should see the country nurturing a broad critical mass of innovators and inventors.

More investments, said President Mnangagwa, were beckoning given progressive policies being implemented by the Government.

“Building on the engagement and reengagement agenda, my Government is putting in place incentives, legislation and an overall conducive macroeconomic environment for capital to find comfort.

“The whole of Government approach must be harnessed to guarantee provision of enablers, including basic services such as water and sanitation infrastructure, sustainable waste management as well as an efficient road and transport network, among others,” he said.

President Mnangagwa said he met Mr Mulk after he addressed a Business Forum in March this year in Dubai where they ultimately held a dinner to further discuss investment opportunities.

The President said Mr Mulk will not only construct a Cyber-City but had pledged to improve the health delivery system through installing diagnostic equipment, among other investments. Mr Mulk’s colleagues have pledged to build other structures including digitalising Harare.

He chronicled the colonial history of Mount Hampden where Cecil John Rhodes and the Pioneer Column wanted to hoist their Union Jack in the area but somehow got lost and landed at the Harare Kopje area.

Mr Mulk said he did not know much about Zimbabwe until President Mnangagwa explained to him in Dubai about the opportunities that were found in the country.

“It is the President who opened our eyes and gave a compelling argument on why we should invest in Zimbabwe,” he said.

The area, he said, would be a Special Economic Zone offering a range of facilities that would match standards in Dubai. Herald 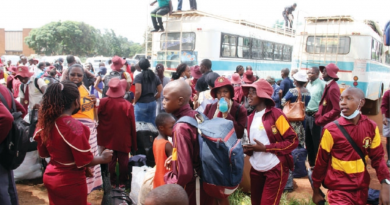