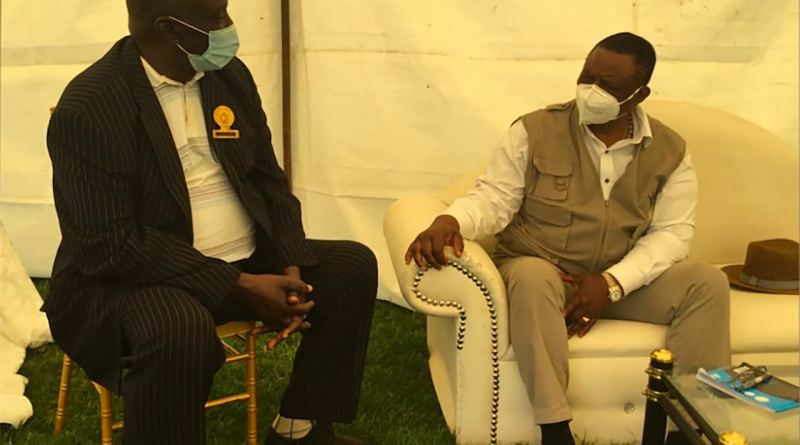 Chiredzi – An offer by Vice President Constantine Chiwenga to give Shangani people sugarcane fields at Kilimanjaro and entice them to move out of Chilonga ahead of a planned Lucerne grass project has hit a snag.

The Shangani people who met Chiwenga at Gibbo Stadium in Chiredzi on Sunday reiterated that they were not prepared to be moved out of Chilonga to create way for a grass project. They said they would be happy to be offered sugarcane plots but not on any condition.

Chiwenga ordered the Minister of State for Masvingo, Ezra Chadzamira during the meeting to allocate sugarcane fields to the Shangani by removing some beneficiaries on the Kilimanjaro list. He said it was important for more Shangani to get sugarcane fields because they owned the land in Chiredzi.

“Comrade Chadzamira I know that you have that list which you want to send to Minister Anxious Masuka for the Kilimanjaro project. Please redo the list and accommodate more Shanghani people,” said Chiwenga.

Headman Tiyani Chilonga however, told Chiwenga that the Shangani were not ready to move. He said they are happy to get sugarcane plots at Kilimanjaro for as long as this is not to entice them to surrender their forefathers’ land in Chilonga.

“If we are not going to be displaced, we are fine with it,” said Chilonga.

Chiwenga then assured them that the Lucerne project was not going to displace anyone as it was only meant to bring development to the marginalized area.

Chiredzi Rural Council chairman Alderman Matsilele welcomed Chiwenga’s stance and his instruction for more Shangani to get sugarcane fields to the Shangaani.

“As long as development projects don’t displace our people we embrace them. We are happy that you want us to benefit from Kilimanjaro because we are in any case the owners of this land hence we have the right to benefit,” said Matsilele. https://masvingomirror.com