CHIREDZI – A Chiredzi man died after being struck on the head twice with a log by a customer he swindled of a 750ml Skippers liquor bottle and a man he stabbed while entering an abandoned bar.

The incident happened at a Compound 1 in Triangle on Monday at around 11am.

Tichaona Muyambo (35) of Manzvire Village, Chief Musikavanhu in Chiredzi was first struck with a log by Lovemore Mandudyi before Obvious Rambanai (20) also struck him using the log Mandudyi had thrown down.

The Mirror is informed that Muyambo was approached by Mandudyi at Gains Cash &Carry in Triangle where the latter was selling fish. Mandudyi then offered Muyambo a 750ml skippers bottle in exchange for fish which Muyambo opened and began drinking before an agreement was made.

Muyambo ran away and went to a disused bar in Compound 1 where he scratched Rambanai with a knife on the stomach over an undisclosed matter.

Mandudyi then followed Muyambo, picked a log and struck him once on the head before taking the bottle and fleeing the scene.

ambanai then picked up the log and questioned Muyambo why he had stabbed him; Muyambo was unconscious on the ground and Rambanai struck him once on the head with the log.

Muyambo was taken to Chiredzi Hospital where he was pronounced dead upon arrival. https://masvingomirror.com 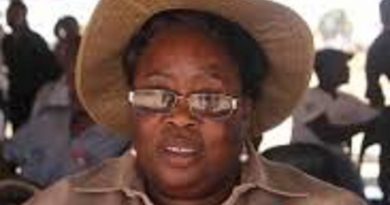