Chipinge – Chipinge Town Council has given residents until Monday (July 20, 2020) to vaccinate their dogs and keep them inside fences or they will be shot on sight.

It costs RTGS$10 to have a dog vaccinated.

Chipinge Town Council chairperson Zivanai Kuchena told The Mirror that the move is a result of an outcry from the community who complained that stray dogs had become a nuisance in the small agricultural town.

The dogs were not only biting people on the streets but there was a great danger that some are unvaccinated and can therefore spread the deadly rabies diease, said Kuchena.

Council has launched a public campaign with posters urging dog owners to take the pets to the Veterinary Department for vaccination against rabies and other diseases.

The posters also encourage the public to keep their dogs inside fences or tie them up in cases where there is no fence. Police and officers from the local authority will do door-to-door inspections and shoot all dogs that do not comply with the requirements

Nyakuchena however, said that there is no rabbies outbreak in the area.

Dr Willard Chandavengerwa of the Veterinary Department said ZRP will be responsible for shooting the dogs.

He said the campaign has received good response with many bringing their dogs for vaccination. The vaccine lasts for a year and all dogs above three months should be vaccinated.

Gaza residents welcomed the idea and said stray dogs also messed up their gardens. A resident who identified herself Mai Mupostori complaining that some stray dogs killed and ate up her turkey last week. https://masvingomirror.com 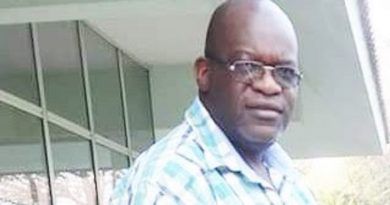