PATIENCE MAGORA
CHIPINGE – Tragedy struck Tuzuka Business Centre in Chipinge when Benjamin Mukwakwami was assaulted with machetes and logs and killed over a missing snooker ball.

The determination by his alleged assailants to finish him off shocked the Chipinge community. After Mukwakwami`s assailants were refrained from further assaulting him, one of the accused drew a machete and struck the deceased with it on the shoulder.

People gathered at the business centre scurried in all directions in shock and fear. However the situation calmed after interventions. Mukwakwami who had a deep cut on the shoulder but was stable joined his relatives on the way home. While on the way the three murder suspects appeared again and went for Mukwakwami who they ludgeoned until he fell unconscious.

The three are from Peisai Village under Chief Musikavanhu in Chipinge.

Prosecutor Timothy Katsande told the court that on August 2, 2020; the deceased together with accused Mlambo, Brighton and Clemence were drinking beer at pm while watching a snooker game in a local shop. Mlambo accused Mukwakwami of hiding away a missing black ball. The two went outside the shop where a fist fight erupted.

unorwei Mukwakwami who is an uncle to the deceased and Clemence went outside the shop and found Mlambo and Brighton fighting the now deceased.

They stopped the fight but after some moments, Mlambo reappeared with a machete and struck the deceased
once on the left shoulder before Alouis Runavo, rushed to grab the machete from him. Munorwei the deceased’s uncle took the deceased and they went home. On the way, Brighton and Mlambo reappeared with a wooden log which he then used to strike the now deceased once on the head before he fell down and also struck Munorwei on the shoulder. https://masvingomirror.com 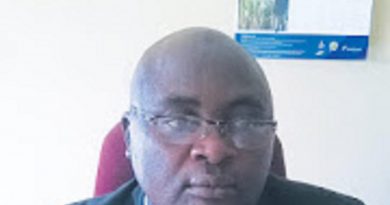